The ISS was an initiative to improve the relations between the US and Russia. But the ties have been frayed since Russia annexed Crimea. 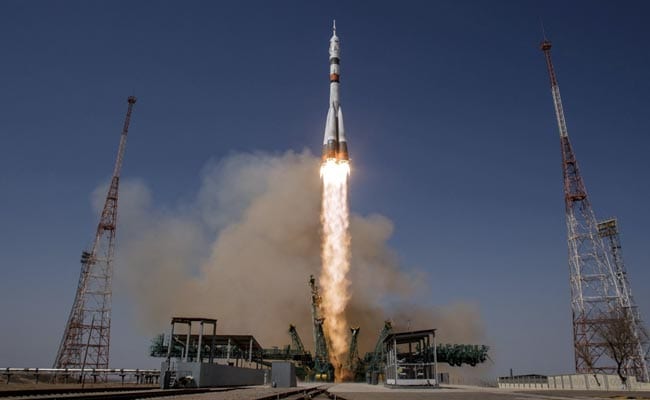 The Soyuz MS-18 spacecraft with crew blasts off to ISS from the launchpad in Kazakhstan. (Reuters File)

The head of the Russian space agency Roscosmos has said that the new sanctions announced by the United States have the potential to destroy our cooperation on the International Space Station (ISS). The harsh new sanctions were announced by US President Joe Biden on Thursday, to punish Russia for launching a full-scale attack on Ukraine.

Currently, the ISS is home to four American, two Russian and a German astronaut working side-by-side in microgravity.

"If you block cooperation with us, who will save the ISS from an uncontrolled deorbit and fall into the United States or Europe?" Roscosmos Director General Dmitry Rogozin's said in a Twitter post on Thursday, shortly after the US announced new sanctions.

"There is also the option of dropping a 500-tonne structure to India or China. Do you want to threaten them with such a prospect? The ISS does not fly over Russia, so all the risks are yours. Are you ready for them?" he said in subsequent tweet. 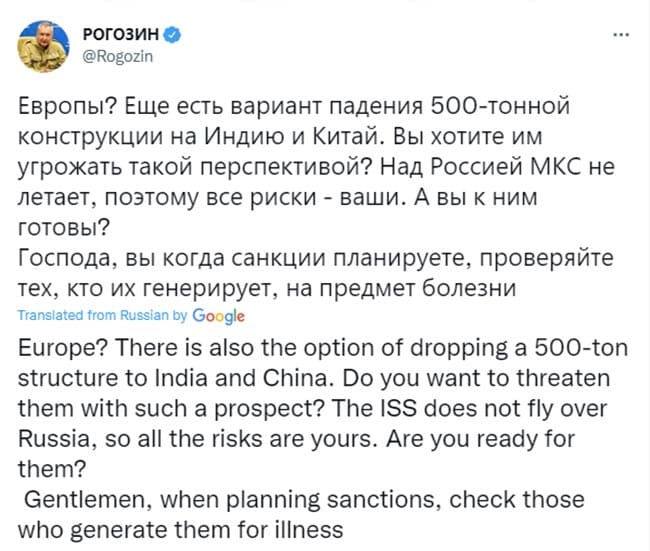 He then offered a "friendly advice", asking the US not to behave "irresponsibly".

The new sanctions announced by the US include blocking export of technology, which Biden said would "limit" Russia's ability to advance its military and aerospace sector. The US has also announced curbs on Russian banks and people who are close to the Kremlin.

However, NASA has clarified that new sanctions won't endanger the space cooperation between the two countries.

"NASA continues working with all our international partners, including the State Space Corporation Roscosmos, for the ongoing safe operations of the International Space Station. The new export control measures will continue to allow US-Russia civil space cooperation. No changes are planned to the agency's support for ongoing in orbit and ground station operations," the US space agency said in a statement.

Rogozin later tweeted a news article about NASA's statement, and said Russia is "analysing the new US sanctions before giving a detailed response".

The research platform, about the length of a football field, is orbiting some 250 miles (400 km) above Earth.

The ISS was born in part from a foreign policy initiative to improve US-Russian relations following the collapse of the Soviet Union and end of Cold War rivalry that spurred the original US-Soviet space race.

But the ties between the two countries have frayed since Russia's 2014 annexation of the Crimea region from Ukraine, prompting Congress to ban new government contracts with US companies using Russian rocket engineers for national security launches after 2022, according to the website SpacePolicyOnline.com.