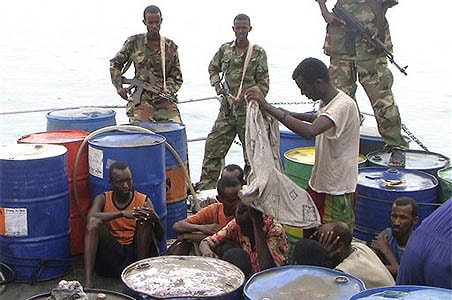 Kuala Lumpur: An Indian cargo vessel with 15 crew members on board has been hijacked by Somali pirates off the port city of Bosasso in Gulf of Aden waters, a media report said on Saturday.

The vessel with 15 Indian crew was captured on Friday just 14 nautical miles off the port city of Bosasso after it had discharged goods from UAE at the Somali harbour from where it was sailing off, a website reported.

The report said that a business deal between the pirates and the authorities had gone sour.

Promoted
Listen to the latest songs, only on JioSaavn.com
The authorities have dispatched a security detail to re-capture the vessel, which is at the moment commandeered towards Qandala, the online report said.

The vessel is said to operate regularly between Saudi Arabia and the African coast.