The Biden administration has been working closely with its partners in the region, Jen Psaki said. 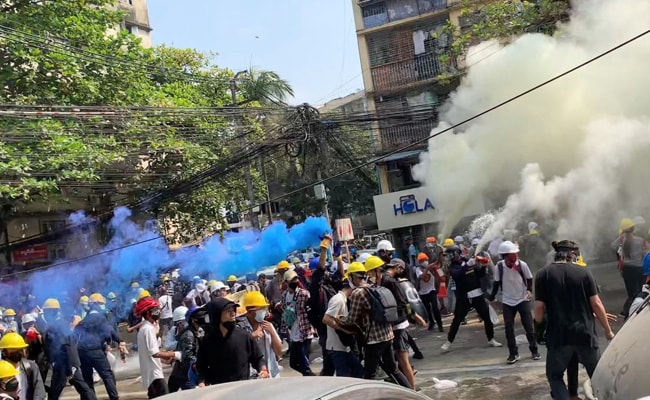 "The situation on the ground in Burma is troubling," Jen Psaki said. (File)

The White House has said that the situation on the ground in Myanmar is "troubling" and the Biden administration has been working closely with its partners in the region.

White House Press Secretary Jen Psaki told reporters at her daily news conference on Thursday that the Biden administration has taken sanction steps to send a clear message that the coup in Myanmar is unacceptable.

"The situation on the ground in Burma is troubling," she said.

The Biden administration has been working closely with its partners in the region, Psaki said.

At a separate news conference, State Department spokesperson Ned Price said that the US is deeply saddened by reports that security forces in Myanmar killed as many as 24 people on March 3.

"We strongly condemn the use of violence by Burmese (Myanmarese) security forces against the Burmese people, including peaceful protesters, journalists and civil society. We continue to urge the Burmese military to exercise maximum restraint," he said.

Tens of thousands of people in Myanmar have courageously taken to the streets peacefully to show the strength of their will and the power of their collective voice, he said.

The United States has sought, again with its partners and allies, to amplify the power of their collective voice, Price said.

"We call on the military to act peacefully and with respect for human rights, including the freedom of expression and peaceful assembly. These are two universal rights that are as applicable in Burma as they are anywhere else," he said.

The United States will continue to work with the international community to take meaningful action against those responsible. There will be additional action on the part of the US, he said.

"We support freedom of peaceful assembly, including to protest peacefully in support of the restoration of the democratically elected government," Price said.

Responding to a question, Price said that the US has urged China to play a constructive role, to use their influence with the military in Myanmar to bring this coup to an end.

"We will continue and expand our efforts to promote accountability for the military's actions, including the detention of these journalists and the heinous violence that we've seen in Burma in recent days," Price added.

The military accused Suu Kyi's government of not investigating allegations of voter fraud in recent elections. Suu Kyi's party swept that election while the military-backed party performed poorly. The poll officials have rejected the allegations.

Many people have been reported killed after security personnel fired at protesters during demonstrations across the country against the coup.