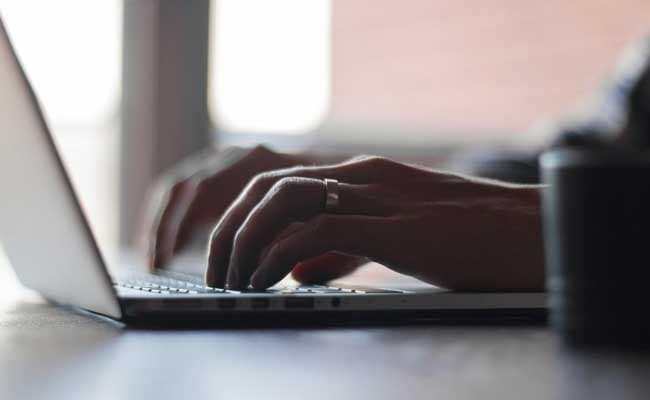 Washington, United States: Sextortion -- using nude photos of someone to press for even racier content or other goods -- is surprisingly common, a US think tank says in what it calls the first in-depth study of another danger lurking in cyberspace.

And while US law enforcement officials acknowledge the problem, no agency or advocacy group keeps data on it, said the Brookings Institution, which published the study on Wednesday.

Even the term 'sextortion' is not a real word, but rather slang that prosecutors use to refer to an offense that does not fit neatly into a single category.

Depending on where you are in America, it can be prosecuted as child pornography, stalking, extortion or hacking. But sextortion as a crime per se does not exist, the think tank said.

"Legally speaking, there's no such thing," the report states.

Sextortion can entail a hack into someone's computer to rob a sexy picture or video or take over a webcam, then the use of this content to extort victims for even more.

It is even more common for perpetrators to resort to social media to elicit a photograph from a victim, than use it to demand more.

The Brookings Institution said it studied 78 cases from recent years that met its definition of sextortion and many others that contained elements of it.

Those 78 were prosecuted in 29 states and territories of the United States and three foreign jurisdictions.

"For the first time in the history of the world, the global connectivity of the Internet means that you don't have to be in the same country as someone to sexually menace that person," the study states.

Those cases involve at least 1,379 victims. But for a variety of reasons -- such as prosecutors not seeking out all victims of a given predator -- the true number of victims from those 78 cases could actually range from 3,000 to 6,500 or even more, the study said.

An accompanying report from the same think tank detailed how sentencing of people convicted in sextortion cases varies wildly because some are tried in federal court and some in state court.

One man accused of victimizing at least 22 young boys and tried in a state court got a prison sentence of a year. But another alleged to have had one victim faced trial in federal court and got 12 years, the study found.

The key to ending the disparity, it added, is for Congress to pass a federal sextortion law incorporating elements present in federal sexual abuse, extortion, child pornography, and abusive sexual contact statutes.

The first report on the offense itself also provided harrowing details of actual sextortion cases.

"And if she did not send it within one day, he threatened to publish the images already in his possession, and 'let (her) family know about [her] dark side,'" the study said.