Two men were injured on Sunday by the latest bomb, which police said may have been activated by a trip wire across a sidewalk, a more advanced design than the previous bombs that were set off when victims handled packages left on doorsteps. 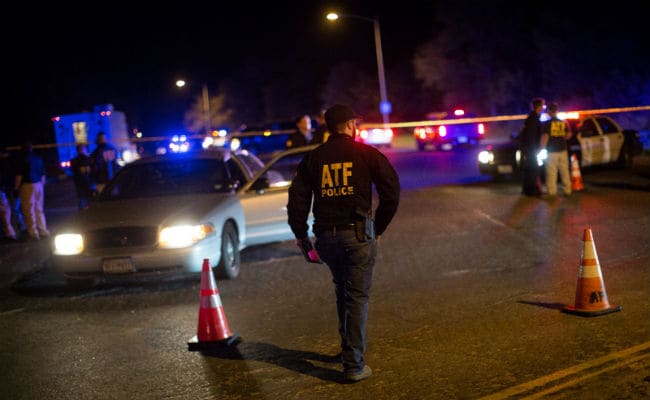 Officials said that more than 500 federal agents were involved in the investigation including FBI.

AUSTIN, Texas: A serial bomber is suspected of planting four bombs this month around Austin, Texas, that have killed two people and injured four others and unnerved residents of the Texas capital.

"We are clearly dealing with what we expect to be a serial bomber at this point," Austin Police Chief Brian Manley told a news conference on Monday. "We have seen similarities in the devices that exploded here last night and the other three devices."

Two men were injured on Sunday by the latest bomb, which police said may have been activated by a trip wire across a sidewalk, a more advanced design than the previous bombs that were set off when victims handled packages left on doorsteps.

The men, 22 and 23 years old, were taken to a hospital with what police described as "substantial" but not life threatening injuries.

Manley said that more than 500 federal agents were involved in the investigation, including from the Federal Bureau of Investigation and U.S. Bureau of Alcohol, Tobacco, Firearms and Explosives.

"There is an army of law enforcement folks on the scene right now," Austin Mayor Steve Adler said on CNN. "This is a group that is very determined and very focused, and I am confident that we're going to find whoever is responsible for this and then we're going to stop it."

"It's scary," Thad Holt, a 76-year-old retiree, said in an interview, recalling that he and his wife had strolled near the bomb site about half an hour before the explosion. "It's one of those things ... that happens elsewhere."

Austin, with a population of nearly 1 million people, is home to the University of Texas and a plethora of tech companies and has been one of the fastest growing major U.S. cities.

Investigators were trying to identify the person or persons responsible for three parcel bombs that exploded in three east side neighbourhoods, killing a man and a teenage boy, both black and leaving a Hispanic woman fighting for her life.

Investigators said the fourth bomb had similarities to the three parcel bombs. Police searching for a motive behind the bombs said whoever was responsible was trying to send a message and should contact authorities.

Chief Manley has said the bombings were being investigated as possible hate crimes, but he cautioned that Sunday's attack did not appear to have targeted specific people and both victims were white.

The first parcel bomb on March 2 killed Anthony Stephan House, a 39-year-old black man. A bomb last Monday morning killed Draylen Mason, a 17-year-old African-American teenager and budding musician, and injured his mother, whose name was not made public. A few hours later, a third bomb injured a 75-year-old Hispanic woman, who has not been identified.

Police have received more than 700 calls about suspicious packages since the three parcel bombs, but authorities have not found any that posed a security risk, Manley said.

A reward of $115,000 has been offered for information leading to the arrest and conviction of the person or persons responsible.
© Thomson Reuters 2018

(This story has not been edited by NDTV staff and is auto-generated from a syndicated feed.)
Comments
Texassuicide bomber