Public entertainment, including music and dancing, is rare in Saudi Arabia because of the kingdom's austere Wahhabi brand of Islam. In January, Jeddah hosted Saudi Arabia's first major public concert in over a decade, featuring Arab music. 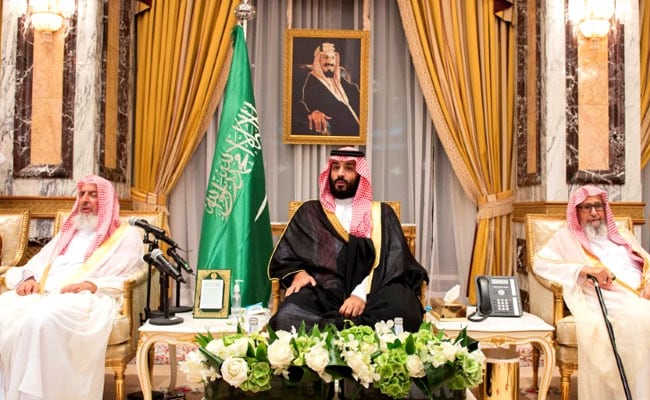 Riyadh: A Saudi Arabian industrial zone plans to host a jazz festival around the end of this year as it moves into tourism and entertainment, a result of economic reforms designed to end the kingdom's reliance on oil exports.

Public entertainment, including music and dancing, is rare in Saudi Arabia because of the kingdom's austere Wahhabi brand of Islam. In January, Jeddah hosted Saudi Arabia's first major public concert in over a decade, featuring Arab music.

But reforms launched by Crown Prince Mohammed bin Salman are changing the business environment. The 32-year-old prince has identified tourism and entertainment as key industries to develop because of their potential to create jobs.

Fahd Al Rasheed, group chief executive of Emaar the Economic City (EEC), which is developing the King Abdullah Economic City (KAEC) on the Red Sea coast near Jeddah, said he aimed to have foreign musicians perform at the jazz festival.

Rasheed said it was not clear whether current visa rules would permit a large foreign audience at the festival, but predicted heavy demand for tickets among Saudi citizens.

"There is a huge, untapped demand for events and cultural performances like this," he said in an interview on Wednesday on the sidelines of an international conference promoting Saudi Arabia as an investment destination.

The jazz plan underlines a shift of emphasis at KAEC since Prince Mohammed started his reforms last year. The government-backed zone, where about 7,000 people live, was launched in 2005 to host manufacturing plants and a port.

Manufacturing is expanding, Rasheed said. The zone has about 120 industrial tenants, a number that is growing by about 10 a year.

Throughput at the port rose 14 percent from a year earlier to 821,694 twenty-foot equivalent units in the first half of 2017.

KAEC, which has two hotels, plans to have 10 by 2020. Three were being designed and joint-venture agreements have been signed for a further two, Rasheed said.

EEC, an affiliate of Dubai real estate firm Emaar Properties, is one of half a dozen projects in Saudi Arabia that aim to create industrial and urban zones known as "economic cities". Most have had limited success, and development has slowed as low oil prices have hurt the economy in recent years.

Last year, the government said it was revising plans for some economic cities because of "challenges that threaten their viability".

One such project, Jizan Economic City, has been restructured.

Rasheed said the government was on board with EEC's strategy and that the company was cooperating closely with the housing ministry, the government's entertainment commission and other state bodies in its business plans.

"If you're a private sector company and you're waiting for oil prices to go up back up so you can have normal times again, you're wrong," he said of EEC's move into entertainment. "This is the new normal."

Promoted
Listen to the latest songs, only on JioSaavn.com
(Reporting by Andrew Torchia; Editing by Edmund Blair)
© Thomson Reuters 2017