Saudi Arabia Backtracks After Controversy Over Clip On "Extremist Ideas"

The animated clip was posted on Twitter at the weekend by a verified account of the State Security Presidency which reports directly to the king. It has since been removed. 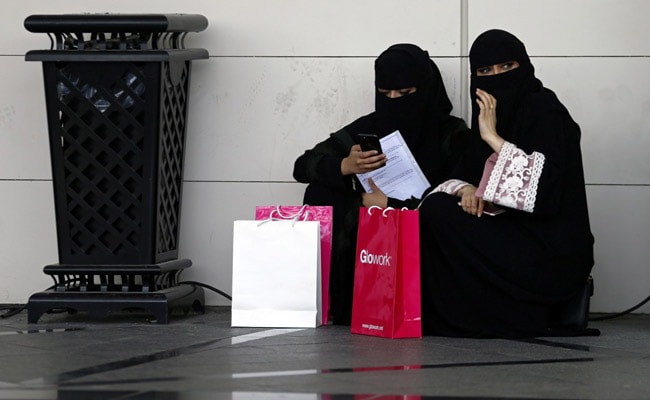 The clip labelled Saudi Arabia as an "extremist idea".

Saudi Arabia's state security agency distanced itself on Tuesday from a promotional video that categorized feminism, homosexuality and atheism as extremist ideas, blaming it on an action by individuals.

The animated clip was posted on Twitter at the weekend by a verified account of the State Security Presidency which reports directly to the king. It has since been removed.

In a statement published by state television, the security agency said the video contained a number of mistakes in defining extremism, and that the individuals who made the video did not do their job properly.

In a separate statement, the state-affiliated Saudi Human Rights Commission said feminism was not a crime and that the kingdom "accords the utmost importance to women's rights."

Neither statement referenced homosexuality and atheism -which have long been illegal and punishable by death in the absolute monarchy.

Crown Prince Mohammed bin Salman has pushed for a more moderate form of Islam and promoted nationalist sentiment under his ambitious reform strategy that aims to open up society and attract foreign investment to diversify the oil-dependent economy.

He has loosened social restrictions and launched a tourist visa and, as Saudi Arabia prepares to take over the presidency of the Group of 20 countries next year, Riyadh has chipped away at a guardianship system that assigns each woman a male relative to approve important decisions throughout their lives.

But the authorities have also cracked down on dissent, arresting scores of critics including clerics, intellectuals and activists.

Nearly a dozen women's rights advocates were detained some weeks before a ban on women driving - which they had campaigned against - was lifted last year. Activists and diplomats speculated that the arrests may have been a message that reform would happen only at the government's initiative.

On Omicron, A New Warning From South African Scientists