Sandor Szabo, a 35-year-old Florida resident had attended his stepsister's wedding earlier in the day, his family told the New York Daily News, and was trying to find his way back to his own hotel with a dead cellphone battery. 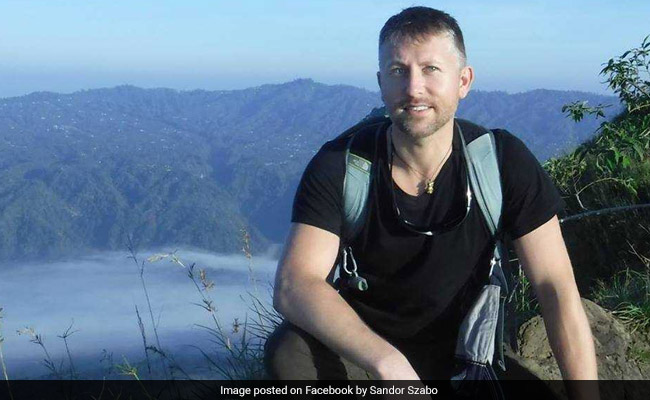 Just after 1 o'clock on Sunday morning, Sandor Szabo left his brother's hotel room in Long Island City, Queens and stepped out into the night. The 35-year-old Florida resident had attended his stepsister's wedding earlier in the day, his family told the New York Daily News, and was trying to find his way back to his own hotel with a dead cellphone battery.

Instead, he ended up sprawled across on the sidewalk of an unfamiliar city. Two days later, he died of his injuries.

In a bulletin issued Monday, the New York Police Department wrote that an unidentified individual in a white SUV had punched Szabo in the face "following a confrontation." Szabo fell backward, hitting his head against the concrete pavement. He was transported to the hospital in critical condition.

Dominic Szabo, 33, told the Daily News that his brother had knocked on the window of the parked SUV, likely because he thought it was an Uber or a cab. Police also told the paper that Szabo may have been drunk at the time, which likely compounded his confusion.

The driver responded by getting out of the car and punching him the face, PIX 11 reported.

An anonymous 17-year-old witness told the station that he helped the SUV's driver to prop Szabo upright before the ambulance came, so that he would stop choking on his own blood. But before the paramedics showed up, the driver had fled the scene.

Police released surveillance footage on Monday that they say shows the assailant and his car. The suspect has been described as a bald, dark-skinned male in a light-colored button-down shirt and jeans.

On Tuesday, CBS 12 reported that Szabo had died. His employer, What If Media Group, confirmed the news on Wednesday morning.

"Sandor was a well-known and well-respected leader in the digital marketing industry," the company wrote in a Facebook post. "He lived in Boca Raton with his brother, but spent a lot of time in our Fort Lee, New Jersey office. He was critical in helping our company's recent rapid growth, and was very proud that we were selected as one of the fastest growing companies on the Inc 5000."

Szabo was "always upbeat, positive, kind and caring," and had loved fishing and cooking, the post said.

"I hope they find him and bring him to justice," Josh Gillon, What If Holdings' CEO, told CBS12. "This was really a stupid, stupid act."

According to Szabo's LinkedIn profile, he received a bachelor's degree from DeVry University in Raleigh, North Carolina in 2009 and had held a variety of sales and marketing jobs in Florida and North Carolina before being hired as the VP of Sales for What If Media Group. He also listed volunteer positions with Forgotten Soldiers Outreach, Inc., a Florida group that sends care packages to military service members, and the Making Magic Alliance, a North Carolina-based organization that provided summer camp scholarships to underprivileged children.

His family has yet to comment publicly on his death, but his brother told the Daily News on Monday that Szabo was "the most loving and kind individual anyone could have as a friend."

With crime at a record low in New York City, the seemingly random act of violence shocked some residents of Long Island City, which is usually associated with glassy apartment towers and rapid development. The real estate website StreetEasy describes the neighborhood as "sterile" and "corporate," a haven for young professionals seeking luxury housing.

The NYPD's 108th Precinct, which covers Long Island City, reported zero murders last year -- a significant drop from 1990, when 16 people were killed. But not everyone feels secure.

"Our road is basically new hotel, new hotel, then abandoned places, so it's just a process of gentrification and converting," Cloe Lui, who lives in the area, said to CBS New York. "It'll take some time to be more safe."

Police are currently asking the public to contact them with any tips or information about the incident.

(Except for the headline, this story has not been edited by NDTV staff and is published from a syndicated feed.)
Comments
New YorkSandor SzaboLong Island City Queens