Fighter jets from neighbouring Denmark escorted the plane to the Norwegian capital, where it landed safely. 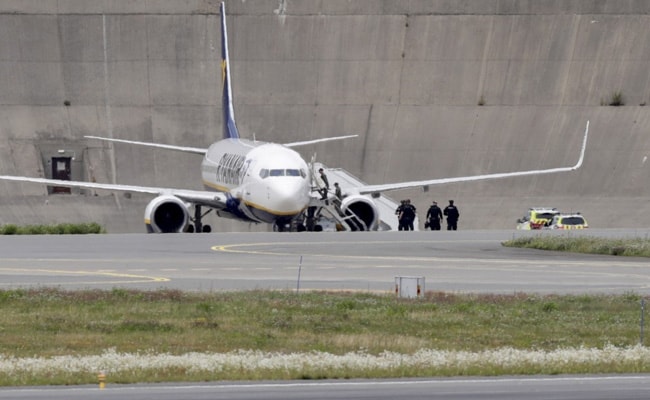 Ryanair flight on the tarmac of the Gardemoen airport, near the Norwegian capital. (AFP)

A British national was arrested on Friday after a Ryanair plane flying from London to Oslo received a bomb threat, Norwegian police said, the second threat against a Ryanair flight in a week.

Fighter jets from neighbouring Denmark escorted the plane to the Norwegian capital, where it landed safely.

A large police presence awaited the aircraft as it touched down at Gardemoen airport about 50 kilometres (30 miles) northeast of Oslo.

"Police have the situation under control and have arrested a 51-year-old man suspected of being behind the bomb threat," police said in a statement, adding that the suspect was British.

Police said the passengers had been evacuated off the plane, which was being examined by the bomb squad.

On Tuesday, British police arrested two men after a note claiming explosives were on board was found in a plane toilet during another Ryanair flight.

Police said nothing suspicious had been found on the plane that was flying from the Polish city of Krakow to the Irish capital Dublin.