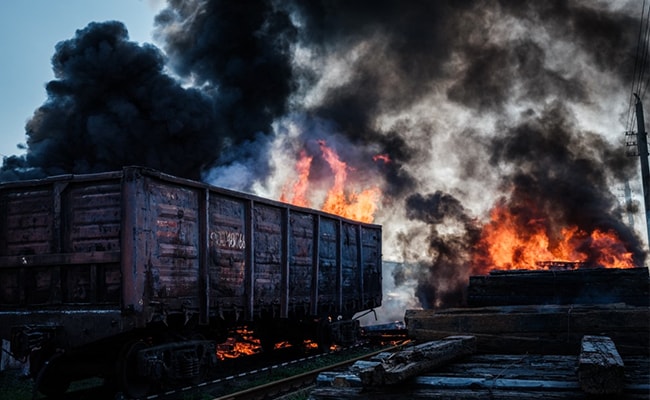 Russia's defence ministry said on Wednesday that it had disabled six railway stations in Ukraine used to supply Ukrainian forces with Western-made weapons in the country's east.

The ministry said it disabled the railways stations by bombing their power supplies using high-precision air and sea-based weapons. It did not say which Western-made weapons were supplied to Ukrainian forces via those stations.

Reuters could not immediately verify the statement and there was no immediate reaction from Kyiv.

Russia sent tens of thousands of troops into Ukraine on Feb. 24 in what it called a special operation to degrade its southern neighbour's military capabilities and root out people it called dangerous nationalists.

Ukrainian forces have mounted stiff resistance and the West has imposed sweeping sanctions on Russia in an effort to force it to withdraw its forces.