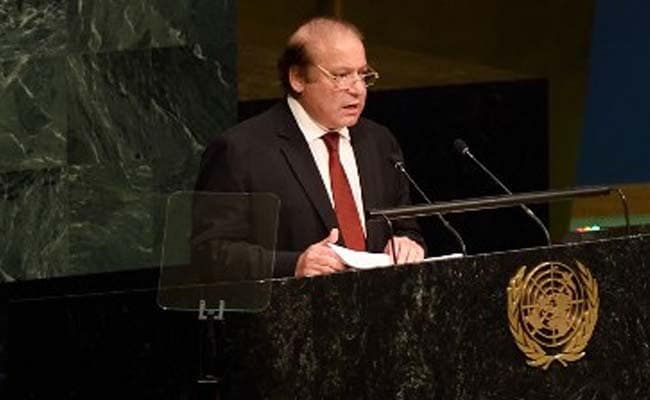 United Nations: Voicing Pakistan's support for a comprehensive reform of the UN Security Council, Prime Minister Nawaz Sharif today said the powerful UN body should not be an "expanded club of the powerful and privileged" but one that reflects the interests of all member states.

"On the 70th anniversary of the UN, we should strive to adapt this world organisation so as to respond effectively to the current and emerging challenges that confront us all," Mr Sharif said in his address to the annual debate of the 70th session of the UN General Assembly.

He said Pakistan supports a "comprehensive reform" of the United Nations, including that of the Security Council but stressed that the Council needs to be "more democratic, representative, accountable and transparent".

"A Council that reflects the interests of all member states, in accordance with the principle of sovereign equality. Not a Council, which is an expanded club of the powerful and privileged," he said.

On peacekeeping, Mr Sharif said Pakistan is proud of its historic and current role as a major troop contributor. "We regard it as our obligation to uphold international peace and security," he said.

On climate change, he said when nations meet later this year in Paris for the climate change summit, they will need to respond with common but differentiated responsibility to the threat posed by climate change.

"Partisan interests must not stand in the way of an ambitious and collective commitment to halt and reverse the damage done to our planet," Mr Sharif added.