Record-Breaking Cold Spreads From US Midwest To Northeast

The cold has caused at least 12 deaths since Saturday across the Midwest, according to officials and media reports. Some died in weather-related traffic accidents, others from apparent exposure to the elements. 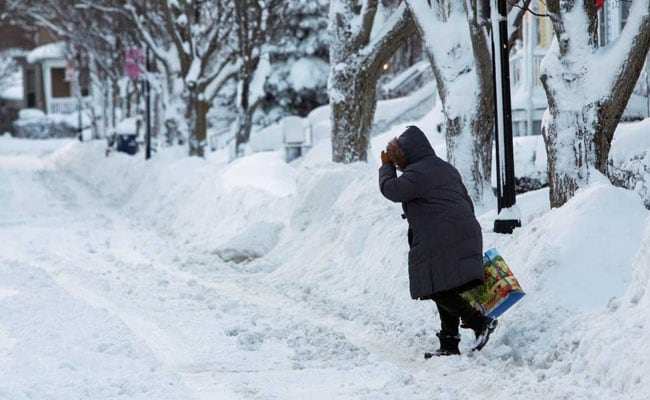 More than 30 record lows were shattered across the Midwest. (Reuters)

The blast of Arctic air that brought record-breaking cold and caused at least a dozen deaths in the U.S. Midwest spread eastward on Thursday, bringing sub-zero misery to the Northeast.

A prediction of warmer weather by the weekend offered little comfort to those enduring icy conditions, brutal winds and temperatures as low as minus 30 F (minus 34 C).

"This morning is some of the coldest of the temperatures across the upper Midwest and we still have some dangerous wind chills," Andrew Orrison, a forecaster for the National Weather Service, said in a phone interview.

In Minnesota and upper Michigan, temperatures will be at minus 20 F (minus 29 C) on Thursday and parts of North Dakota can expect minus 30 F, forecasters warned.

The bitter cold was caused by displacement of the polar vortex, a stream of air that normally spins around the stratosphere over the North Pole but whose current was disrupted. It pushed eastward and states including Massachusetts, New York and Pennsylvania were experiencing bitterly cold temperatures. Boston was at minus 5 Fahrenheit (minus 15 Celsius), according to the National Weather Service. 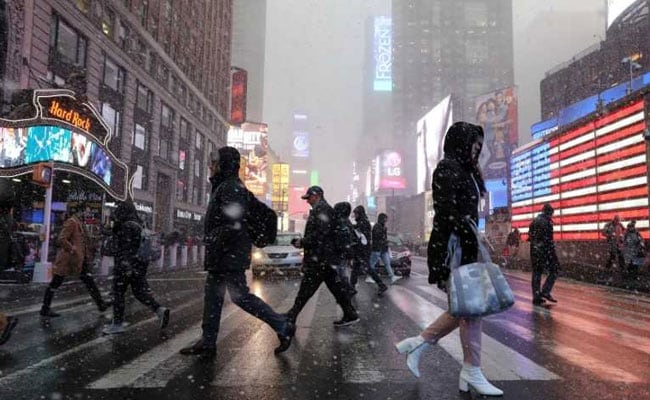 It has been more than 20 years since a similar arctic blast covered a swath of the Midwest US.

"This morning is the worst of the worst in terms of the cold," Orrison said. "It'll be the coldest outbreak of Arctic air for the Mid-Atlantic and the Northeast."

The cold has caused at least 12 deaths since Saturday across the Midwest, according to officials and media reports. Some died in weather-related traffic accidents, others from apparent exposure to the elements.

Videos this week showed boiling water freezing as it was tossed in the air in Cedar Rapids, Iowa, and transit workers in Chicago, Illinois, setting fire to train tracks to keep them from locking up.

Even parts of the South, such as the mountains of Kentucky, Tennessee and upper Georgia, would be in the single digits.

More than 30 record lows were shattered across the Midwest. Some areas only saw a high of minus 10 F on Wednesday. The lowest on Wednesday was minus 40 F (minus 40 C) in International Falls, Minnesota.

But the picture is set to change. By this weekend, Chicago, which had near-record cold of minus 23 F (minus 30 C) on Wednesday and minus 21 F on Thursday, will bask in snow-melting highs in the mid-40s to low 50s Fahrenheit. So will other parts of the Midwest.

"It's going to feel quite balmy in comparison," Orrison said.

The weather caused hundreds of traffic accidents, including a chain-reaction collision of about two dozen cars in Grand Rapids, Michigan, during a white-out on Wednesday, local media reported.

More than 2,500 flights were canceled and more than 3,500 delayed on Thursday morning, most of them out of Chicago's O'Hare International and Midway International airports, according to the flight tracking site FlightAware.com.

General Motors Co suspended operations at 11 Michigan plants and its Warren Tech Center after a utility made an emergency appeal to users to conserve natural gas. Fiat Chrysler Automobiles NV also canceled a shift on Thursday at two of its plants.

It has been more than 20 years since a similar arctic blast covered a swath of the Midwest and Northeast, according to the weather service.

(Except for the headline, this story has not been edited by NDTV staff and is published from a syndicated feed.)
Comments
US ColdUS Record Breaking Cold