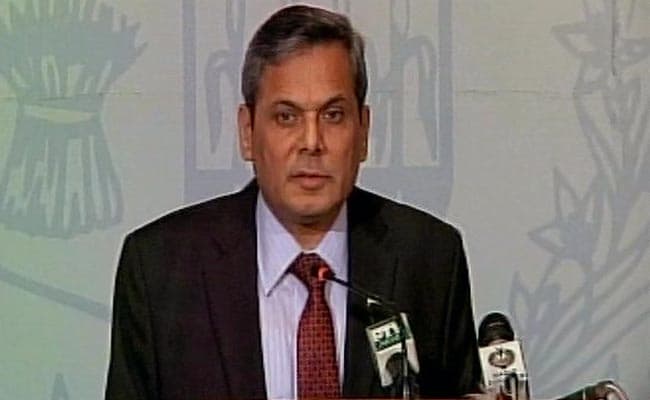 Islamabad: Pakistan today said it is ready to discuss arms control and restraint measures with India to avoid unnecessary arms race in the region, days after US President Barack Obama asked both the nationa to reduce its nuclear arsenal.

"We have taken note of President Obama's call on both Pakistan and India to work together with a view to ensuring that military doctrines do not move in the wrong direction," Foreign Office spokesman Nafees Zakaria said.

Pakistan is opposed to nuclear and conventional arms race and strongly believes in peace and stability in the region, he said.

"We are committed to minimum deterrence," the spokesman said, adding that Pakistan's nuclear capability was solely for self-defence.

On Friday, Mr Obama had identified South Asia, in particular India and Pakistan, as one area where there is a need to make progress in nuclear security and reduction of nuclear arsenal.

The spokesman claimed that there is increased understanding at the international level of Pakistan's genuine concerns regarding rapidly growing Indian conventional and nuclear capabilities and their offensive military designs such as cold start doctrine.

The spokesman said Pakistan has strong credentials to become a member of Nuclear Suppliers Group (NSG) as a non-NPT state.

The NSG is still deliberating upon the issue of membership for non-NPT states, he said.

"Pakistan has strong credentials for full integration in the multilateral export control arrangements, including the NSG and we are confident that we will be able to qualify any principle-based, objective and non-discriminatory criteria developed for this purpose," he said.

"We have been running a safe, secure and safeguarded civil nuclear programme for more than 42 years. We have the expertise, manpower and infrastructure to produce civil nuclear energy," he said.

He said the statements and the outcomes of the Summit were gratifying for Pakistan in many ways.

"Our constructive engagement in the process has helped in highlighting Pakistan's strong national nuclear security regime, command and control system, rigorous regulatory regime and comprehensive export controls which have been appreciated at the international level," he said.