The farmer discovered the first-ever skull of a Pyrenean mastodon in 2014 while doing work on his land near the village of L'Isle-en-Dodon. 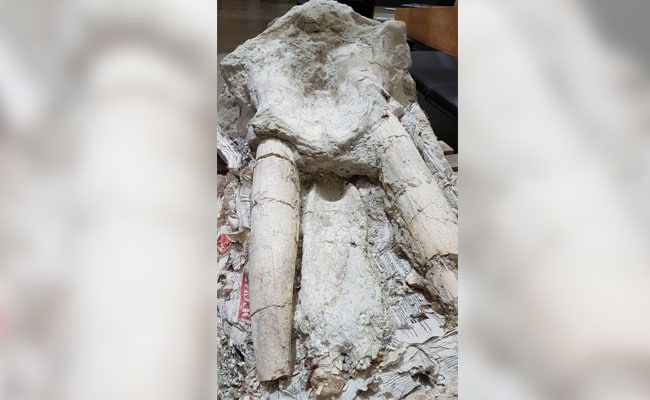 A French farmer kept quiet for years after stumbling across the skull of an extinct ancestor of the elephant near the Pyrenees mountains, the Natural History Museum of Toulouse has told AFP.

The farmer discovered the first-ever skull of a Pyrenean mastodon in 2014 while doing work on his land near the village of L'Isle-en-Dodon, about 70 kilometres (44 miles) southwest of Toulouse.

Worried that the farm would be overrun by hordes of amateur paleontologists he kept the find a secret for two years before eventually contacting the museum.

"It was only when we went there, in 2017, that we realised the significance of the discovery," the museum's management said.

The gomphoterium pyrenaicum was "a kind of elephant with four tusks measuring around 80 centimetres, two on the upper jaw and two on the lower jaw," museum director Francis Duranthon told AFP on Wednesday.

Before that the only evidence that the giant herbivores had roamed the area millions of years ago were four teeth found in the same area in 1857. 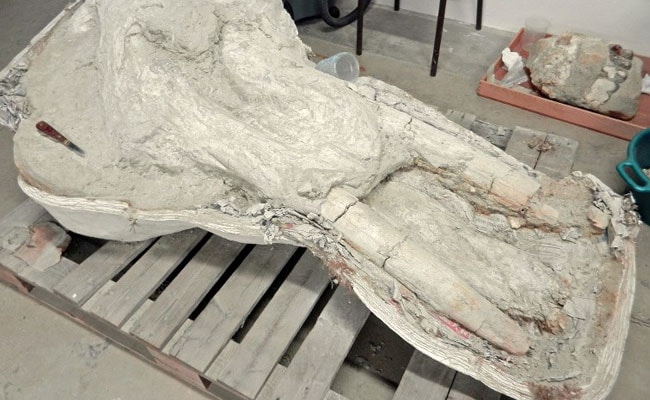 "Now we have a full skull which will allow us to get a clearer picture of the anatomy of this species," Duranthon said.

"We're putting a face on a species which had become almost mythical," the museum's curator Pierre Dalous added.

The skull has been unearthed and brought to a laboratory partly encased in rock.

"Now we have to chip away, centimetre by centimetre, to reveal the rest of the skull," Dalous said, adding that experts were halfway through the work which is expected to be completed within six to nine months.

(Except for the headline, this story has not been edited by NDTV staff and is published from a syndicated feed.)
Comments
FranceRare Elephant Skull