King Salman said he is saddened that Muslims cannot pray at mosques because of coronavirus restrictions. 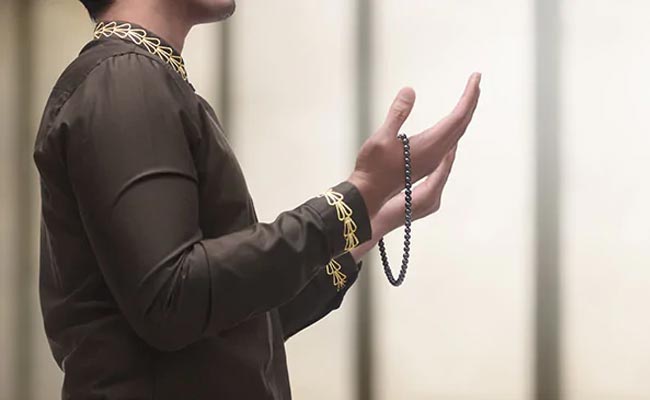 Saudi Arabiahas announced that the holy fasting month of Ramadan will start Friday.

"Based on the sighting of the new month's moon ... it has been decided that Friday is the start of the month of Ramadan," the royal court said Thursday in a statement cited by the SPA news agency.

King Salman said he is saddened that Muslims cannot pray at mosques because of coronavirus restrictions.

"I am pained that the holy month arrives amid circumstances that make us unable to perform group prayers and Taraweeh -- special Ramadan night prayers -- at mosques due to precautionary measures to protect the peoples' lives and health in combating the coronavirus pandemic," the king said in a statement cited by SPA.

Observant Muslims refrain from eating and drinking from dawn to dusk during Ramadan and gather with family to break the fast in the evening.

It is also a month of prayers during which Muslims traditionally converge in large numbers at mosques, especially at night.

But due to the coronavirus, almost all Muslim majority countries have closed mosques and asked people to pray at home in addition to imposing curfews to limit the spread of the deadly virus.

In Yemen, the International Committee of the Red Cross delegation in Sanaa noted that Ramadan comes as the country struggles with war and affliction.

"People across Yemen will mark Islam's holy month this year amid ongoing conflict, seasonal diseases, floods and rising prices, in a country where the economic situation doesn't allow two thirds of the population to access or afford enough food," the ICRC said in a statement.

The United Nations Special Envoy for Yemen called for the cessation of hostilities in a war which has killed tens of thousands of civilians.

"To the parties to the conflict, I say: be guided by the spirit of the Holy month and put an end to the suffering of your people," Martin Griffiths said.

"Put down the arms. Release all those who lost their liberty due to the conflict. Open humanitarian corridors. Focus on coordinating your efforts to help your country respond to the pandemic outbreak and other emergency needs," he added.

Most Arab countries including Syria, Egypt, Tunisia, Jordan and Bahrain have announced Friday as the first day of Ramadan.

Several countries have eased restrictions on the occasion of the holy month with Saudi Arabia, United Arab Emirates, Egypt and other countries reducing the duration of the lockdowns.

The UAE said on Thursday it has decided to ease a total lockdown to an eight-hour nightly curfew and also moved to partially reopen malls and markets.

The start date of Ramadan, the holiest Muslim month, is set by both lunar calculations and physical sightings which determine when one month ends and another begins.