Watch: Queen's Piper, Who Woke Her Up Every Morning, Closed Her Funeral

One among her many quirks, the Queen was roused by the sound of bagpipes at all her homes across Britain. 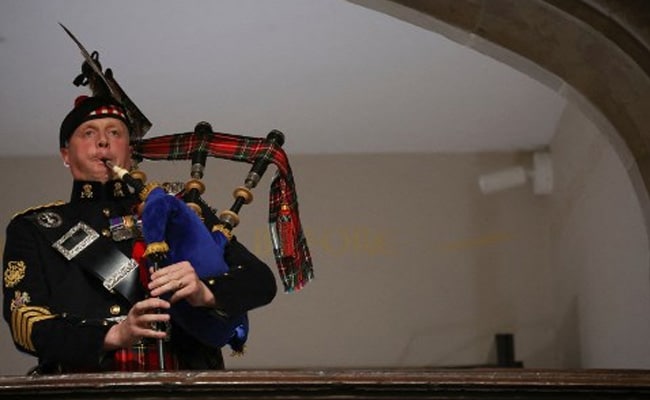 A piper plays on the day of the state funeral and burial of Queen Elizabeth.

Queen Elizabeth II's personal piper, who woke her up every morning with a skirl of the bagpiper, closed her state funeral with a rendition of the traditional piece 'Sleep, Dearie, Sleep'.

One among her many quirks, the Queen was roused by the sound of bagpipes at all her homes across Britain. The piper used to play for 15 minutes beneath her window each morning, acting as her personal alarm clock.

But today, the music that signaled the start of the Queen's morning symbolised the end of her funeral.

A most poignant moment as a lone piper plays the final lament at The Queen's funeral. pic.twitter.com/2DZI8L8YtV

Pipe Major Paul Burns, is the 17th holder of the role, which was established in 1843 during the reign of Queen Victoria, reported The Independent.

Many different pieces, including Elegy Op 58 by Sir Edward Elgar, Reliqui Domum Meum by Sir Peter Maxwell Davies, and Fantasy On O Paradise by Malcolm Williamson, were played before the funeral service.

Towards the end of the service, the church and much of the nation fell silent for two minutes. Trumpets rang out before the congregation sang "God Save the King".

The Queen's piper brought the service to an end with a lament that faded to silence.

He also played one final lament while her coffin was lowered into the Royal Vault beneath ST George's Chapel at Windsor Castle.

The coffinbegan its journey through central London, past the queen's Buckingham Palace home to the Wellington Arch at Hyde Park Corner, with the monarch and the royal family following on foot during the 1.5 miles (2.4 km) procession.

It was then placed on a hearse to be driven to Windsor Castle, west of London, for a service at St George's Chapel. This concluded with the crown, orb, and sceptre - symbols of the monarch's power and governance - being removed from the coffin and placed on the altar.

It was then lowered into the royal vault.

Later in the evening, in a private family service, the coffin of Elizabeth and her husband of more than seven decades, Philip, who died last year aged 99, will be buried together at the King George VI Memorial Chapel, where her parents and sister, Princess Margaret, also rest.