The passengers will initially stay in a compound in the Qatari capital Doha that is hosting Afghans and other evacuees. 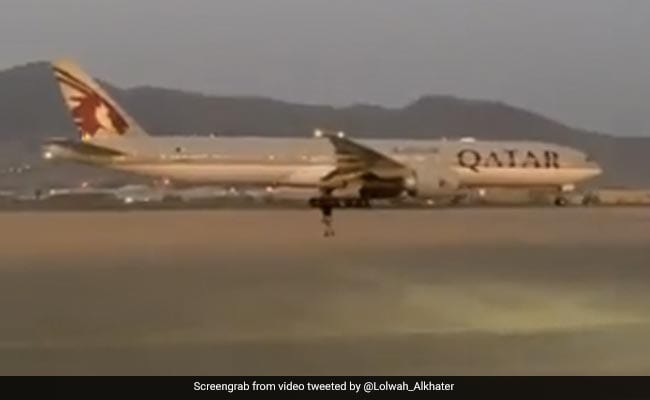 A fourth chartered flight carrying civilians from Afghanistan to Qatar since U.S. forces withdrew last month left Kabul on Sunday with more than 230 passengers, including Afghans, Americans and Europeans, a Qatari official said.

A second Qatari official said there were 236 passengers, making it the largest evacuation flight since the withdrawal of U.S. and allied forces ended on August 31.

"Qatar will continue its collaboration with international partners on efforts that ensure freedom of movement in Afghanistan, while working with various parties on the ground towards more general progress in the country moving forward," the second official said.

The passengers will initially stay in a compound in the Qatari capital Doha that is hosting Afghans and other evacuees.

Qatar has emerged has a key interlocutor between the West and the Taliban. The Gulf state is a close U.S. ally, hosting the largest American military base in the Middle East, and has hosted a Taliban political office since 2013.