Priyanka Chopra Trolled For This Selfie. Lips 'Look Like Fish,' She Was Told 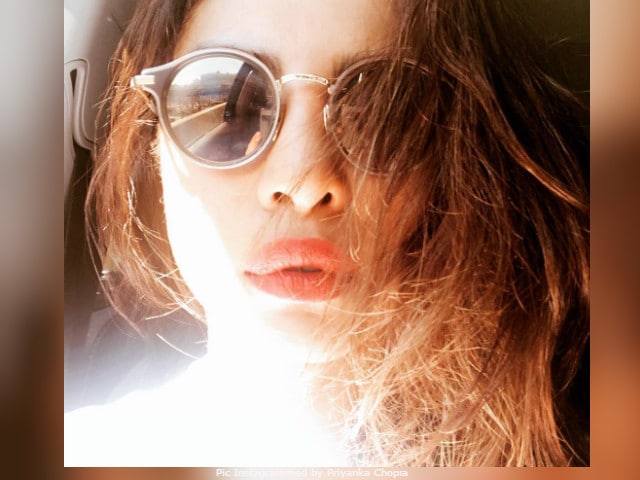 New Delhi: A close-up that Priyanka Chopra posted on Instagram this week has received several unflattering comments from people who think that the 34-year-old actress looks fuller-lipped than usual in it. Priyanka has been accused of having her lips surgically enhanced by trolls after she posted a selfie. Priyanka, who spends much of her year globe-trotting and is currently in Paris, felt like a random selfie some days ago and shared it on social media, only to start a debate between fans and haters about whether or not her lips naturally look this way. Comments like "looks like a fish" and "surgery gone wrong" are comparatively polite - there are far ruder remarks in the thread. "Only one kiss by her on the wall and the whole wall is red," said one hater while another added: "Have you done lip surgery? It's worst." Someone invoked Anushka Sharma: "I don't know about her, I've seen Anushka Sharma's - they were shit."

There were also many who attempted to shut the trolls up, citing Priyanka as an inspirational figure and that the focus should be her achievements and contribution to cinema. "Priyanka Chopra, the megastar, let whoever think whatever, just keep getting better," was the counter sentiment on Instagram. "You look adorable. You inspire girls from all over the world even in India. My friends and I admire you a lot for your hard work. You are beautiful and more power to you. We love you," said a fan.

Last month, a section of the Internet thought that something was not right about Priyanka Chopra's nose in a picture she posted on her way to India. "Surgery on nose?" she was asked by many.

Is it ok to be super excited about heading home?! #mumbaikar

Priyanka has also been subjected to ruthless trolling for wearing a dress that exposed her knees to a meeting with Prime Minister Narendra Modi in Berlin. The Baywatch actress responded with a photograph of herself and her mother with the caption: "Legs for days #itsthegenes."

Priyanka Chopra is currently living the Parisian life - she is attending the ongoing Paris Couture Week and sharing updates on Instagram. She will resume filming her next Hollywood project A Kid Like Jake when she returns to USA. Baywatch with Dwayne Johnson was her Hollywood debut earlier this year and she has also signed a rom-com with Liam Hemsworth. Back home, she will feature in biopics of astronaut Kalpana Chawla and poetess Amrita Pritam.
Comments
Priyanka ChopraPriyanka Chopra selfietrolls