The Royal Foundation will become the main charitable and philanthropic vehicle for William and Kate alone later this year, while Harry and Meghan will set up their own separate foundation. 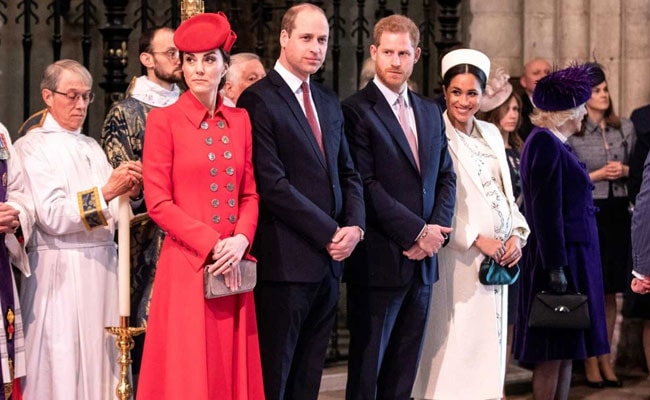 Both couples will continue to work together on some projects together: Kensington Palace

Britain's Prince William and his wife Kate are to split their charitable works from his brother Prince Harry and his wife Meghan, Kensington Palace announced Thursday.

The move is seen as the final step in the division of the couples' public duties and follows reports over the past year of a rift -- first between Kate and Meghan, and then between William and his younger brother.

The four-way Royal Foundation charitable venture was intended to harness the star power of the two couples, but it lasted just 16 months after their first appearance as a quartet.

Besides splitting their charitable work, the two couples -- very much seen as the future of the royal family -- have also physically drifted apart.

They both used to live in close proximity at Kensington Palace in London.

However, Harry and Meghan have moved out to Frogmore Cottage on the Windsor Castle estate, west of the city, as they start their family with baby Archie Mountbatten-Windsor, who was born in May.

They have also shifted their office from Kensington Palace to Buckingham Palace.

The Royal Foundation will become the main charitable and philanthropic vehicle for William and Kate alone later this year, while Harry and Meghan will set up their own separate foundation.

Both couples will continue to work together on some projects, including the Heads Together mental health push.

"These changes are designed to best complement the work and responsibilities of Their Royal Highnesses as they prepare for their future roles, and to better align their charitable activity with their new households," Kensington Palace said.

The palace said the decision was made following the conclusion of a review into its structure.

The Royal Foundation was set up by William and Harry in 2009 to run all their charitable campaigns and ventures, and was joined by Kate after the 2011 royal wedding.

The split is thought partly to be about preparing both couples for their future roles.

William, 36, is second in line to the throne after the brothers' father Prince Charles, meaning he and Kate are on course to become king and queen.

Harry, 34, is now sixth in line to the throne after William's three children.