She said Bangladesh honoured Myanmar's sovereignty while Rakhine was part of its territory and what Dhaka wanted was the safe return of the Rohingyas to their homeland. 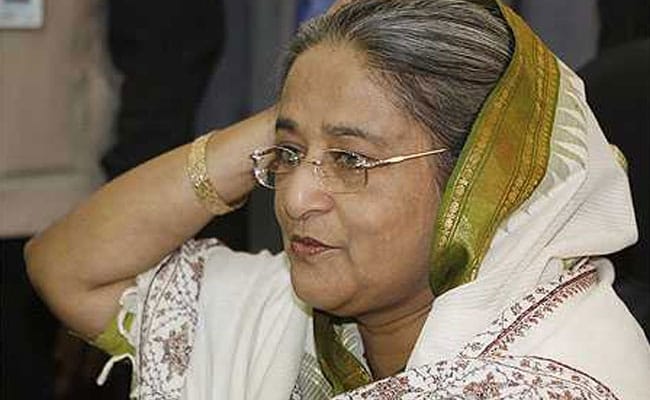 Sheikh Hasina said every nation was a sovereign nation.(FILE PHOTO)

Bangladesh is happy with its 54,000 sq km territory, Prime Minister Sheikh Hasina said on Monday as she criticised as "flagitious" a proposal by a top US lawmaker to integrate Myanmar's restive Rakhine state with her country.

Ms Hasina's comment came as the proposal was placed in the US Congress on June 13 seeking integration of Myanmar's Rakhine with Bangladesh as millions of persecuted Rohingyas have fled Myanmar and taken refugee in the neighbouring nation's Chittagong.

The proposal was made by Congressman Bradley Sherman, Chairman of the Sub-committee on Asia Pacific, during a hearing on the State Department's budget for South Asia.

Addressing a press conference in Dhaka, a visibly irked Sheikh Hasina reminded Mr Sherman of the civil war of his country in the past and said Bangladesh would not do anything which would affect regional stability and peace.

She said Bangladesh honoured Myanmar's sovereignty while Rakhine was part of its territory and what Dhaka wanted was the safe return of the Rohingyas to their homeland.

Ms Hasina termed the proposal a "flagitious proposition" and asked Mr Sherman to rather mobilise a campaign for the safe return of the Rohingyas to their homeland.

"This is a flagitious proposal . . . we are happy with our 54,000 square kilometer territory," Ms Hasina said.

She said the help Bangladesh extended to the Rohingyas is on humanitarian grounds which "does not mean, it wants to annex the Rakhine state".

According to the UN estimates, nearly 700,000 minority Rohingya Muslims have fled to Bangladesh to escape violence in the Rakhine state since August 2017 when the army launched a military crackdown.

Myanmar does not recognise Rohingya as an ethnic group and insists that they are Bangladeshi migrants living illegally in the country.

The continuous violence on the Rohingyas also made the UN term it as an "textbook example of ethnic cleansing".

Ms Hasina said every nation was a sovereign nation.

"Each state is a sovereign one. Why they want to attach Rakhine State with us? The US congressman expressed his audacity by placing such proposal," she said.

However, Ms Hasina said Bangladesh was maintaining a cordial relation with Myanmar despite it imposed its burden on its neighbour by driving out their nationals.

Ms Hasina addressed the press conference a day after she returned from a five-day trip to China, largely to draw Beijing's effective support to mount pressure on Myanmar to take back the Rohingyas.

She said the Chinese leaders assured her of pursuing their crucial ally Myanmar to end the crisis by taking back the Rohingyas.

"China assured us it will remain beside Bangladesh in the repatriation of the Rohingyas. Is it not a good news for us?," Ms Hasina asked.