PM Modi will visit Tokyo on September 27, 2022, to attend the State Funeral of former Shinzo Abe. During the visit, he will hold a bilateral meeting with Fumio Kishida. 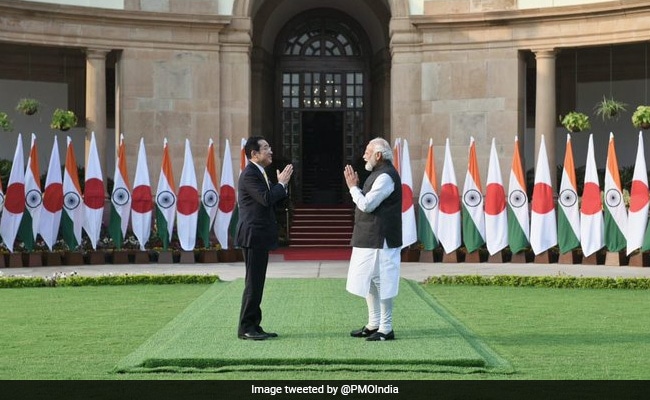 Prime Minister Narendra Modi will be holding a bilateral meeting with his Japanese counterpart Fumio Kishida during his visit to the nation.

In a special briefing of the Ministry of External Affairs, Foreign Secretary Vinay Kwatra said, "During the upcoming visit of PM Modi, he would, of course, have a greeting occasion with PM Kishida to convey his condolences in person but in addition to that PM Modi will also have a brief bilateral meeting with PM Kishida."

"Naturally, the relevant people involved from the two sides will be available and participate in these discussions. It will take into account, a quick overview analysis of the overall relationship, its current status, its trajectory, its progress and the measures that both nations take it further. It will reaffirm our continued commitment and strong efforts that stakeholders on both sides continue to make - to promote and progress this relationship," added Mr Kwatra.

Responding to media queries on possible Quad bilateral meetings, he said, "At this stage no other bilateral meet scheduled, or any other meetings planned."

Notably, Quad leaders will be present at the state funeral of former Prime Minister Abe.

As per the Foreign Secretary, the total duration of PM Modi's visit to Japan is between 12-16 hours.

Speaking about the deep respect ex-PM Abe had in India, he said, "We had declared a day of national mourning when former PM Abe departed this world. PM Modi holds former PM Abe a very dear friend, had also conveyed his sincerest condolences at that time."

India had announced one-day national mourning on 09 July 2022 as a mark of respect for Abe Shinzo.

The visit will be an opportunity for PM Modi to honour the memory of former PM Abe, who he considered a dear friend and a great champion of India-Japan ties. PM Modi and PM Abe developed a personal bond through their meetings and interactions spanning over a decade, beginning from PM Modi's visit to Japan in 2007 as Chief Minister of Gujarat. The two leaders elevated India-Japan relations to Special Strategic and Global Partnership status in 2014.

"During this visit, PM Modi will have the opportunity to participate with representatives of 100 other countries, as I said, along with 20 Heads of States and Governments to participate in the state funeral. Also, along with that, PM Modi will have the opportunity to meet PM Kishida and Mrs Abe to convey his condolences in person to the country, to the leadership and Mrs Abe," he added.