Meghan Markle, who during the Winfrey interview revealed she had felt suicidal while living as a royal in Britain, complained to both Ofcom and ITV about the programme. Piers Morgan left his job on the show following the incident. 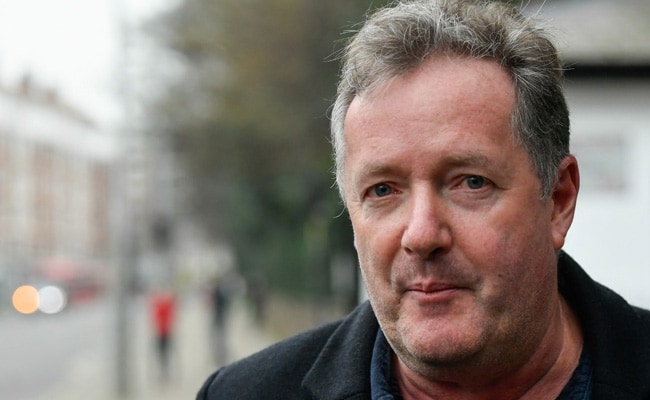 "The programme did not breach the Ofcom Broadcasting Code," Ofcom said in a statement.

The programme in March, in which Morgan said he did not believe a word Meghan had said in a landmark interview she and her husband Prince Harry gave to Oprah Winfrey, attracted more than 50,000 complaints. Most concerned comments Morgan made on mental health and suicide.

Meghan, who during the Winfrey interview revealed she had felt suicidal while living as a royal in Britain, complained to both Ofcom and ITV about the programme. Morgan left his job on the show following the incident.

"Our decision is that overall the programme contained sufficient challenge to provide adequate protection and context to its viewers," Ofcom said.

In an interview that shook Britain's monarchy, Meghan, a Hollywood actor who married Prince Harry in 2018, said the royal family had also rejected her pleas for mental health support. The couple have stepped back from royal duties and moved to the United States.

Morgan, a former presenter on CNN, has accused the couple of damaging the royal family and seeking publicity on their own terms without accepting the responsibility and scrutiny that come with their position. He had also dubbed her "Princess Pinocchio" in a tweet.

"I'm delighted OFCOM has endorsed my right to disbelieve the Duke & Duchess of Sussex's incendiary claims to Oprah Winfrey, many of which have proven to be untrue," Morgan said on Twitter.

"This is a resounding victory for free speech and a resounding defeat for Princess Pinocchios. Do I get my job back?"

A U.S.-based spokesperson for the Sussexes was not immediately available for comment out of working hours.

Ofcom said that while it was concerned about Morgan's apparent disregard for the seriousness of anyone expressing suicidal thought, the extensive challenge offered by his colleagues throughout the show provided sufficient context.

The broadcasting code allows for individuals to express strongly held and robustly argued views, including those that are potentially harmful or highly offensive, Ofcom said.

"The restriction of such views would, in our view, be an unwarranted and chilling restriction on freedom of expression both of the broadcaster and the audience," it said.