Musa Mohammadi was part of the media sector, however, amid the economic crisis in Afghanistan, he has now been selling food to make ends meet. 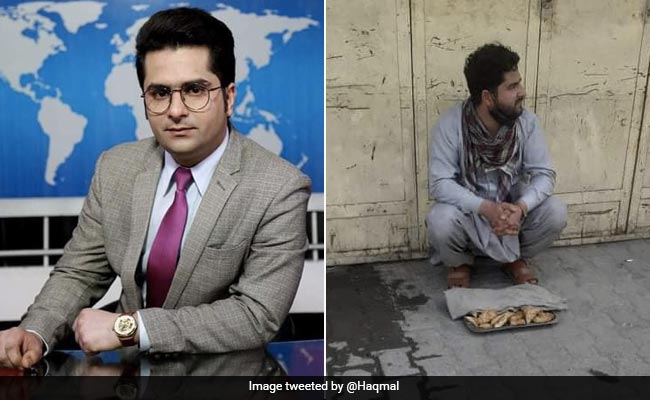 Mr Mohammadi's story is going viral on the internet.

Afghanistan has faced a lot of economic and political turmoil since the Taliban took control of the country. A recent Twitter post by Kabir Haqmal, who earlier worked with the Hamid Karzai government, shows how many talented professionals in the nation have been pushed into poverty.

Mr Haqmal shared the photo of Musa Mohammadi, an Afghan journalist. In the caption, Mr Haqmal said that Mr Mohammadi was part of the media sector for years, however, amid such a dire economic situation in Afghanistan, he has now been selling food to make ends meet.

“Musa Mohammadi worked for years as an anchor & reporter in different TV channels, and now has no income to feed his family. & sells street food to earn some money. #Afghans suffer unprecedented poverty after the fall of the republic,” he said.

Journalists life in #Afghanistan under the #Taliban. Musa Mohammadi worked for years as anchor & reporter in different TV channels, now has no income to fed his family. & sells street food to earn some money. #Afghans suffer unprecedented poverty after the fall of republic. pic.twitter.com/nCTTIbfZN3

Mr Mohammadi's story is going viral on the internet. It even caught the attention of Ahmadullah Wasiq, the Director-General of National Radio and Television. In his tweet, Mr Wasiq mentioned that he will appoint the former TV anchor and reporter to his department.

When translated, his social media post read, "Unemployment of Musa Mohammadi, a spokesman for a private television station, rises on social media. As a matter of fact, as the director of the National Radio and Television, I assure him that we will appoint him within the framework of the National Radio and Television. We need all Afghan professionals."

Meanwhile, ever since the Taliban took over Afghanistan, the country has been experiencing a humanitarian and economic crisis. They have also cracked down on media outlets, with several journalists, especially women losing their jobs in the last few months.

According to Reuters, the World Bank recently said that the outlook for Afghanistan's economy is dire with per capita income having fallen by over a third in the last four months of 2021. "One of the poorest countries in the world has become much poorer," said Tobias Haque, World Bank Senior Country Economist for Afghanistan.

Ukraine, Russia Accuse Each Other Of Nuclear Plant Strikes