Solar Eclipse On Friday The 13th, Will Be Visible To Lucky Few

Partial Solar Eclipse 2018: Only lucky few can see a super-size new moon blocking out a part of the sun during partial solar eclipse on Friday the 13th. 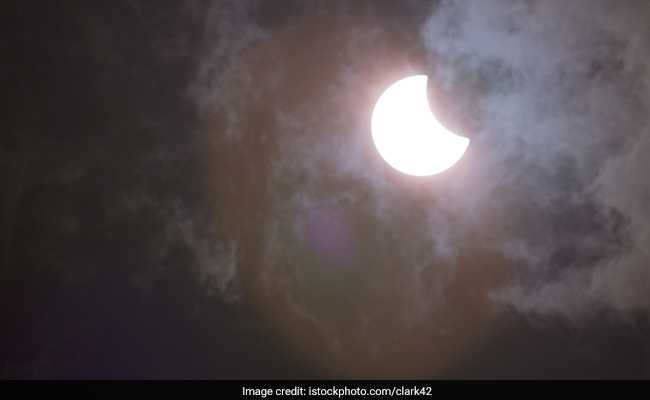 The partial solar eclipse on Friday the 13th will not be visible from India.

A solar eclipse is scheduled for Friday the 13th, but most sky watchers will be out of luck to witness this celestial event. The eclipse will be a partial one - when the Moon slips past, only partially concealing the Sun. A solar eclipse is one of the grandest spectacles of nature where the Moon moves between the Sun and Earth, blocking out the sun's disk completely. In partial solar eclipse or 'aanshik surya grahan', however, the Moon only partly obscures the Sun's disk.

What can be seen during partial solar eclipse?

People can see a super-size new moon blocking out a part of the sun on Friday the 13th. During the partial eclipse, the Earth will pass through the moon's penumbra, and a sliver of the sun will vanish into darkness.

Who can see the partial solar eclipse?

The moon's shadow will mostly fall over the open ocean waters that lie between Australia and Antarctica - the region where the Indian and Pacific oceans merge.

This partial solar eclipse will be visible on Friday the13th to people in some parts of southern Australia, including those in Adelaide and Melbourne, will see a very small fraction of the eclipse. A majority of this partial eclipse of the Sun will take place over the Pacific and Indian Oceans.

Can the partial solar eclipse be visible from India?

Though the partial solar eclipse will not be visible from India, one can see it online via LIVE webcam from 7:18 am to 9:43 am, according to timeanddate.com

Why solar eclipse should not be seen with naked eyes?

Looking directly at the Sun, even for just a few seconds, can cause permanent damage to the retina of the eye. The intense visible and invisible radiation that the photosphere of the Sun emits is dangerous and exposure to these rays can result in impairment of vision.

Since the retina is insensitive to pain, the effects of retinal damage may not appear for hours, so there is no warning of any injury.

Viewing the Sun's disk through any kind of optical aid (binoculars, a telescope, or even an optical camera viewfinder) is extremely hazardous and can cause irreversible eye damage within a fraction of a second.