Crowd Gathered To Protest Against Mass Extinction, Then The Streets Went Red

As sightseers and police looked on, members of the Extinction Rebellion campaign group emptied canisters containing around 300 litres of red liquid on the famous esplanade across from the Eiffel Tower. 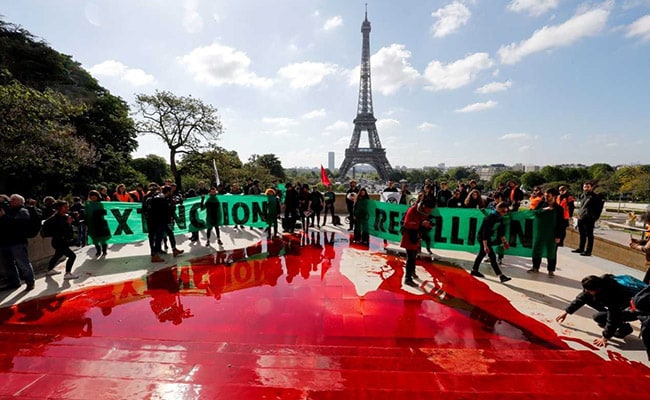 Fake blood flows on the steps of the Trocadero in Paris in protest against mass extinction.

Environmental protesters spilled fake blood Sunday on the steps of the Trocadero, a Paris tourist landmark, in a stunt to highlight the accelerated loss of biodiversity on Earth, AFP journalists reported.

As sightseers and police looked on, members of the Extinction Rebellion campaign group emptied canisters containing around 300 litres of red liquid on the famous esplanade across from the Eiffel Tower.

Brandishing banners with the slogan: "Stop the sixth mass extinction", the protesters then observed a few minutes' silence before cleaning the steps. 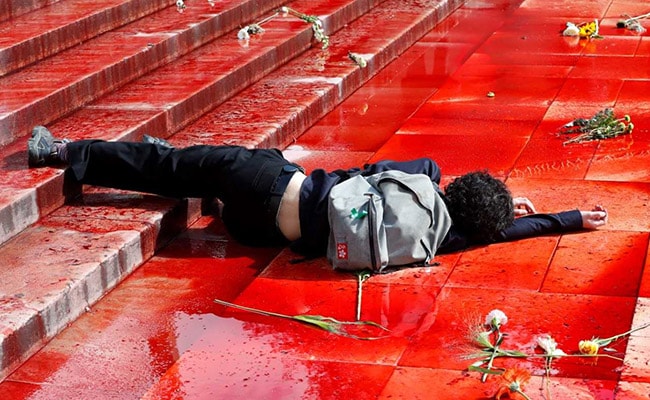 Protester lies on the ground in fake blood in Paris. (AFP)

Also on Sunday, six Extinction Rebellion activists were detained in the south-west city of Bordeaux for putting up a banner overnight on the scaffolding of the Chamber of Commerce and Industry, a popular tourist site.

In a landmark report last week, the United Nations warned that a million of Earth's estimated eight million species are at risk of extinction. 300 litres of red liquid was spilled on the famous esplanade across from the Eiffel Tower.

The campaign group was set up in Britain last year by academics and has become one of the world's fastest-growing environmental movements.

It advocates the use of non-violent acts of civil disobedience to force governments to declare a climate and ecological emergency, reduce greenhouse gas emissions and halt biodiversity loss.