Paris' Eiffel Tower Lights Up In National Colours Of Ukraine 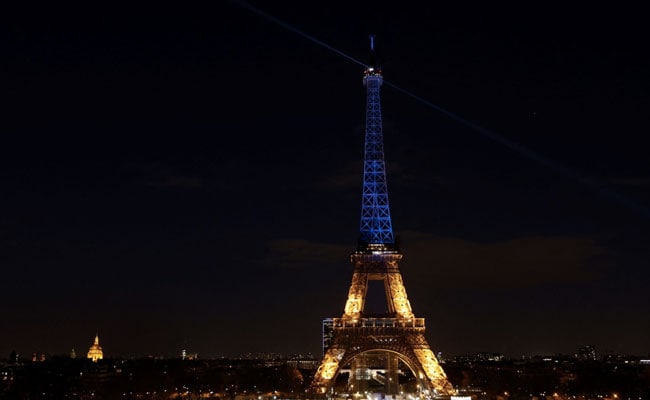 The Eiffel Tower is lit up in blue and yellow, the colours of the Ukrainian flag.

The Eiffel Tower lit up on Friday in the national blue-and-yellow colours of Ukraine, at the request of Paris Mayor Anne Hidalgo which Hidalgo said was to express solidarity with the people of Ukraine in the wake of Russia's attack.

French President Emmanuel Macron has spoken to both U.S. President Joe Biden and Putin in trying to de-escalate the Ukraine crisis.