Paris Bans Use Of Wild Animals In Circuses

A proposal was adopted by the municipal council late Friday that will see permits withheld from 2020 for circuses that wish to operate in the French capital while employing exotic creatures. 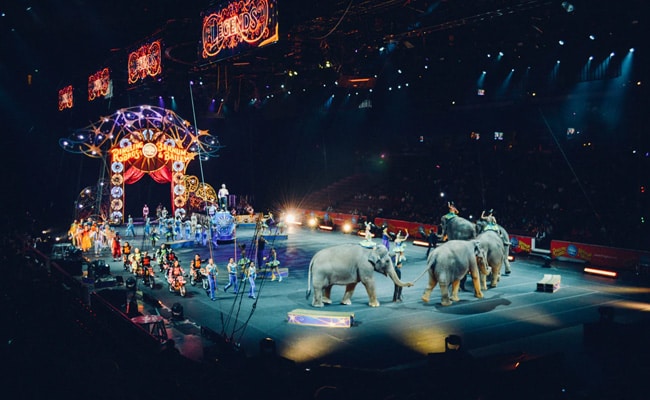 While France mulls whether to join a majority of EU nations in banning wild animals in circuses, the city of Paris pressed ahead Friday with its own plan to outlaw the practice amid fresh concerns over cruelty.

A proposal was adopted by the municipal council late Friday that will see permits withheld from 2020 for circuses that wish to operate in the French capital while employing exotic creatures.

"We can congratulate ourselves on this decision which marks a societal advance desired by all French people," said Penelope Komites, a Paris councillor responsible for nature in the city, adding she hoped the national government would follow suit.

Polls show a vast majority of French people to be against the use of non-domestic animals for entertainment, and dozens of cities and towns have banned travelling circuses featuring wild beasts.

But there is no national ban and the country still has dozens of circuses confining hundreds of animals -- roughly 500 according to anti-circus campaigners One Voice, and more than double that according to rights group PETA France.

There are no official statistics.

Most circus animals are lions, but there are also tigers, elephants, two hippos, baboons, macaques, snakes and parrots, camels, bears, ostriches and even zebras.

"The number of animals has decreased drastically due to public pressure," One Voice president Muriel Arnal told AFP.

But hundreds still "live in tiny, tiny cages inside trucks. They have nowhere to hide, they are stressed, and also they have nothing to do. Then they are taken out for the show or for... training which is very violent... They are never at peace."

The controversy was revived this week when a performing bear called Mischa died at an animal refuge southwest of Paris, two months after he was rescued from owners who allegedly subjected him to years of ill-treatment.

Mischa was allegedly kept in horrendous conditions with two other bears owned by an animal trainer couple, who displayed them at fairs and in restaurants.

Two years ago, a circus tigress named Mevy escaped from her enclosure to roam the streets of Paris where she was controversially shot dead in the name of public safety.

Circus elephants and camels have also escaped in France in the past.

In western Europe, 12 countries have a full, national ban on wild animals in circuses, and another 11 have partial, species-specific injunctions, according to a map compiled by One Voice.

Four European countries, including France, have only municipality-level bans, and two -- Lithuania and Luxembourg -- have none at all.

Worldwide, about 40 countries have fully or partially banned the practice.

Meanwhile, Paris and about 65 other French municipalities have moved on their own to put an end to the practice.

'Life not worth living'

Under the new Paris prohibition, any circus that agrees to give up its animals will get funding of about 50,000 euros ($55,000) over three years to help it adapt.

PETA also welcomed the move, which it said sent "a clear message to the French government that it is high time to ban the use of wild animals in circuses at a national level."

Arnal said that for circus animals, "It is not a life worth living."

Many "are not fed unless they perform. Then there is the beating... You cannot force a tiger to jump through fire unless they are afraid of something that is more frightening than fire."

A poll by Opinion Way last month found that about two-thirds of French people object to the use of wild animals in circuses, which only about 10 percent have visited in recent years.

But circus owners disagree: William Kerwich of the Cirque Royal defends the practice as a "tradition" and accused Paris of playing politics "to get votes in the next municipal election."

Komites said the new measure cannot be enforced, for now, for two of France's biggest circus companies -- Bouglione and Gruss -- who have refused to sign up voluntarily.

The Bouglione group owns the property where it hosts the Cirque d'Hiver in Paris, unlike most other circuses which operate on public property.

The Gruss group, meanwhile, will have no choice but to yield once its licence comes up for renewal.