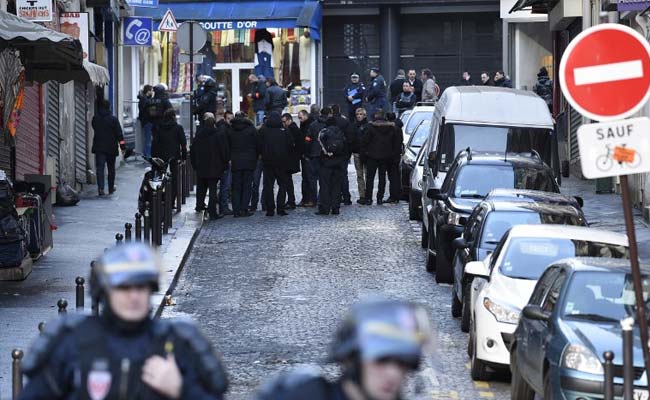 French police are seen near the Rue de la Goutte d'Or in the north of Paris. (Agence France-Presse Photo)

Paris: A man carrying a meat cleaver who was shot dead as he tried to attack a police station in Paris today was carrying the emblem of ISIS, a prosecutor said.

"He was found to be in possession of a mobile phone and a piece of paper on which the flag of Daesh was printed, as well as an unequivocal claim handwritten in Arabic," the prosecutor said in a statement, using the Arabic name for ISIS.

The incident occurred on the first anniversary of the jihadist attack on the Paris offices of the satirical newspaper Charlie Hebdo.