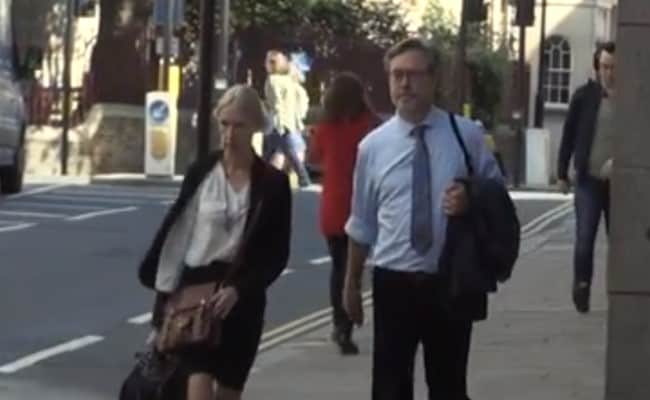 "Jihadi Jack's" parents' sentence was suspended for 12 months in jail.

The parents of a British Muslim convert dubbed "Jihadi Jack" were spared jail Friday after being convicted of funding terrorism by sending him money after he joined ISIS.

Prosecutor Alison Morgan said they had "turned a blind eye to the obvious": that their teenage son had joined the IS jihadist group in Syria.

Jurors at the Old Bailey in London, England's central criminal court, found the couple guilty of one count of funding terrorism in September 2015.

They were sentenced to 15 months in jail, but the sentence was suspended for 12 months.

"It was one thing for parents to be optimistic about their children," said judge Nicholas Hilliard.

"But in this context you did lose sight of realities."

A Canadian dual national through his father, Jack Letts left the family home aged 18 in May 2014 and embarked on what his parents saw as a "grand adventure" to learn Arabic in Jordan.

A friend had warned them of his growing extremism and urged them to confiscate his passport.

From Jordan, he moved to Kuwait and got married in Iraq before travelling to Syria.

The parents, in statement read by their lawyer outside court, said: "We have been convicted for doing what any parent would do if they thought that their child's life was in danger.

"No one during our trial even suggested that the &#163;223 that we actually managed to send to Jack was in fact used for terrorism.

"Having escaped from ISIS (Islamic State), he is in limbo.

"If there is evidence he has committed a crime then he should be tried."

In an interview with ITV television in February, released after court proceedings concluded, Letts said: "I didn't come with the intension to join ISIS but... you get taken by the current.

He said he had left the Islamic State group.

"The British population is going to see me as a terrorist, and what comes to me whether it's in Britain or outside of Britain, everyone's sort of going to be pleased with it," Letts said.