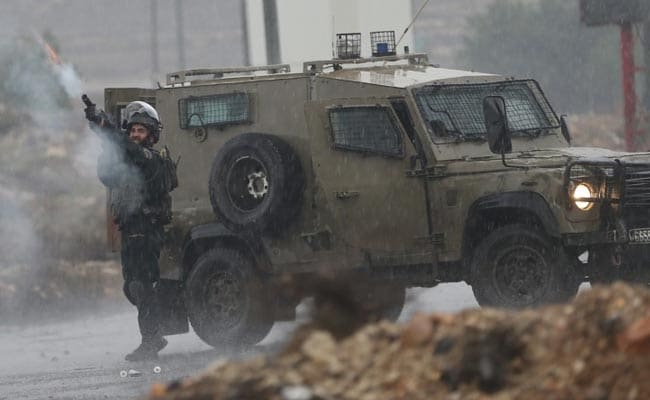 Jerusalem: Israeli soldiers shot and killed an elderly Palestinian motorist who the military said tried to run them over in the occupied West Bank today and a knife-wielding assailant wounded an Israeli civilian.

The incidents extended a five-week-old campaign of Palestinian attacks fuelled in part by Muslim anger at stepped-up Jewish visits to a contested Jerusalem shrine, as well as by long-deadlocked peacemaking with Israel.

Eleven Israelis have been killed in stabbings, shootings or other attacks. Israeli forces have shot dead at least 70 Palestinians, including 42 who Israel says were carrying out or about to carry out attacks. Many were teenagers.

Near the West Bank city of Hebron, a Palestinian woman, aged 72, tried to ram her car into a group of Israeli soldiers, a military spokeswoman said. The soldiers opened fire and wounded the woman, who was taken to an Israeli hospital. The hospital confirmed her age and said she had died before being admitted.

Medics from the Palestinian Red Crescent who initially attended at the scene said the woman was shot 15 times.

Soon after, near the Jewish settlement of Beit El, an Israeli civilian was stabbed by an assailant believed to be Palestinian. The attacker fled the scene and was being searched for, the Israeli military said.

The violence has been the worst since the 2014 Gaza war, with Israeli forces hard-put to anticipate often spontaneous attacks by young Palestinians unaffiliated to militant groups.

Videos of some attacks and their aftermath have been shared on social media, fuelling the anger of young Palestinians.

Though peace talks have been stalled since mid-2014, the US-backed Palestinian adminstration in the West Bank has been quietly cooperating on security with Israel, while publicly criticising the Israeli crackdowns as heavy-handed.

"My people, country are victims of an unjust (Israeli) aggression which includes people and places and does not spare old people or children," Palestinian Foreign Minister Riyad al-Maliki told the UNESCO General Assembly in Paris.

Israel has accused Palestinian President Mahmoud Abbas of stoking the flames with false allegations it is eroding a decades-old ban on non-Muslim prayer at Jerusalem's al Aqsa mosque compound, which has seen increased visits by Jews who revere the site as the vestige of their two biblical temples.

"We are taking action against (Palestinian) incitement," Israeli Interior Minister Silvan Shalom said today, alluding to steps such as the shuttering this week of a Palestinian radio station in Hebron and the arrests of Palestinians and Israeli Arabs over social media posts deemed to be promoting violence.

"I hope that all of these things together will have a calming effect. I cannot say that there are signs of total calm, but I hope that it will be possible to control the situation," Shalom told Israel's Army Radio.
© Thomson Reuters 2015

Pakistan PM Warns Imran Khan, Says Nation Will Hold Him By Collar For His Sins