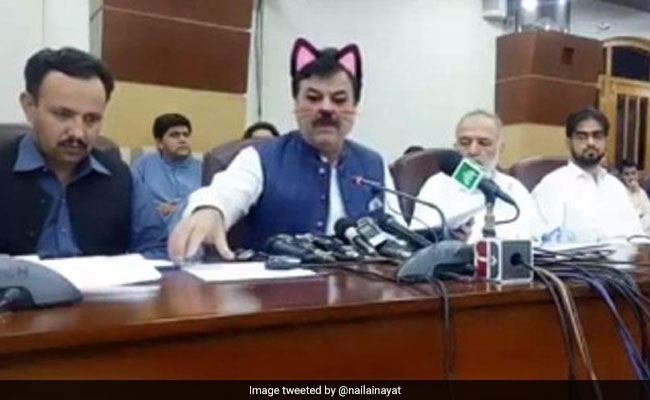 In a comedy of errors, a person streaming live on Facebook a conference by a Pakistani minister accidentally activated the cat filter, according to a media report said today.

The press conference was about the recent decisions made by the provincial Assembly, but the netizens could not get over the mishap.

"Who let the cats out," said a Twitter user, while another posted: "Positive image of Pakistan is being promoted though a press conference streamed live on Facebook with cat filter on Ministers of KP province."