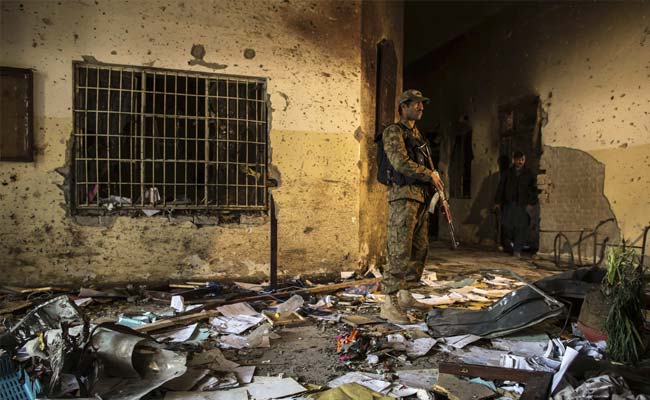 Pakistan last month lifted a six-year moratorium on the death penalty in terror cases in the wake of Peshawar School attack. (Reuters)

Lahore: Authorities in Pakistan's central Punjab province on today cancelled the hanging of a convicted sectarian militant after the victim's family pardoned him, officials and a family member said.

The case is seen as a test of the government's plan to execute convicted terrorists in the aftermath of a school massacre that claimed 150 lives in the country's deadliest terror attack.

Ikramul Haq, a member of banned Sunni militant outfit Lashkar-e-Jhangvi, was sentenced to death by an anti-terror court in 2004 for killing a Shiite Muslim in 2001.

He was set to be hanged in the eastern city of Lahore early Thursday but his family came to a deal with the victim's relatives on Wednesday night, Haq's lawyer, Ghulam Mustafa Mangan, said.

"The hanging was cancelled after we reached a compromise with the complainant's family. They have pardoned my client," Mangan said, without giving further details of the deal.

Murder can be forgiven under Pakistani law in exchange for blood money, while rival militant groups may chose to pardon each others' convicted killers.

A senior prison official also confirmed the move, adding: "A magistrate has recorded the statements and the execution has been stayed. Now the court will decide whether the person (should) be acquitted or not."

Pakistan last month lifted a six-year moratorium on the death penalty in terror cases in the wake of the Taliban's horrific massacre at an army-run school in the city of Peshawar, and has so far executed nine people. The attack on December 16 left 150 people dead, the vast majority of them children.