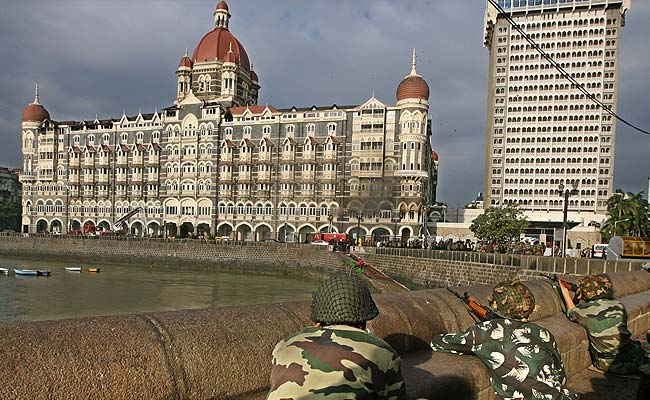 The Mumbai attack case is facing inordinate delay as no proceedings practically have been held for more than two months. (File Photo)

Islamabad: A top Pakistan court today issued notices to the seven Mumbai attack case accused, including 26/11 mastermind Zaki-ur Rehman Lakhvi, and the government over the prosecution's plea to form a commission to examine the boat used by the 10 LeT terrorists to reach India.

"The Islamabad High Court has issued notices to the accused of Mumbai attack case and the government on the prosecution's plea to form a commission to examine the boat at port city of Karachi," a court official told said.

He said the court has also sought record of the case from the trial court - Anti-Terrorism Court Islamabad.

The official said the date for hearing of the case will be fixed later.

The prosecution had challenged the trial court's decision to reject its plea to form a commission to examine the boat 'Al-Fauz' used by Mumbai attack terrorists so that the vessel could be made "case property".

Al-Fauz is in the custody of the Pakistani authorities in Karachi, from where the 10 terrorists, armed with AK-47 assault rifles and hand grenades, had left for India to carry out the Mumbai attack in 2008.

According to the Federal Investigation Agency, the attackers used three boats including Al Fauz to reach Mumbai from Karachi.

It said the security agencies had also traced the shop and its owner from where the culprits bought the engine and the boat while a bank and a money exchange company were also traced which were used for the transaction of money.

En route to their destination, they hijacked another boat, killing four of its crew. They allegedly forced the vessel's captain to take them close to the Indian shores.

The captain was killed when the vessel reached Mumbai's coast.

The Mumbai attack case is facing inordinate delay as no proceedings practically have been held for more than two months.

The Mumbai case hearing is scheduled to be held once a week.

The lawyers associated with the case say as all Pakistani witnesses in the case have recorded their statements it may further be delayed if India does not send 24 witnesses to Pakistan.

They say Pakistan is awaiting India's response on sending the witnesses here for recording the statements in the case.

Lakhvi is living at an undisclosed location after he got released from jail on bail a year ago. The other six suspects are in Adiala Jail Rawalpindi.

The case has been going on in the country for more than six years.