Over 130 Seals Found Dead On Caspian Beaches In Kazakhstan 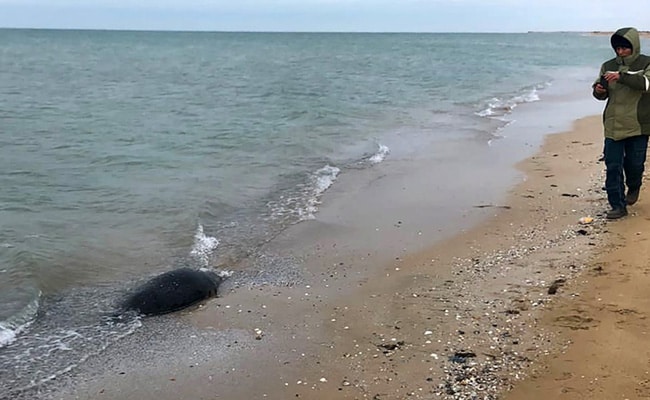 Carcasses of dead seals have been found at Kazakhistan beach.

More than 130 endangered seals have been found dead on Kazakh beaches of the Caspian Sea, officials said Wednesday.

"Carcasses of dead seals have been found," a spokesman for Kazakhstan's ecology ministry told AFP.

His ministry said 131 seals had been found dead on Caspian Sea beaches in the country's west.

Autopsies will be carried out and Kazakh environmental experts said soil and water samples from the area would be analysed.

The Caspian seal, the only such species present in the Caspian Sea, the world's largest inland body of water, was placed by the Kazakh government in November 2020 on the list of endangered species threatened with extinction.

Experts say there are now about 68,000 Caspian seals, down from more than one million in the early 20th century.