The news has touched a nerve among Japanese women tired of having their bodies scrutinized and regulated in ways that they say their male counterparts are not. 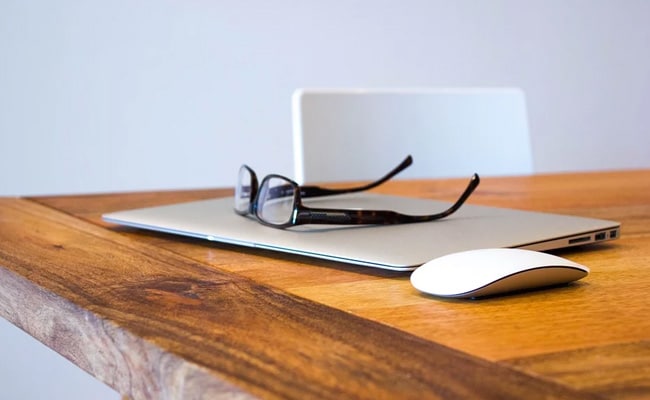 The hashtag "glasses are forbidden" has been trending in Japan since Wednesday.

Glasses, say some companies in Japan, are just not right for women to wear to work.

In recent reports by Japan's Nippon TV and Business Insider Japan, women from a range of industries described being instructed by their employers not to wear glasses.

One receptionist recalled being told that glasses for her were not allowed, while a male receptionist was permitted to don corrective eyewear, Business Insider reported. A nurse at a beauty clinic developed dry eye from long hours in contacts but also was not allowed to wear glasses. Her employer imposed other requirements: Makeup was a must, as was making sure she didn't gain too much weight. A domestic airline reportedly has the no-glasses rule for safety reasons. Some restaurants said glasses on female employees didn't go well with their traditional attire.

Why all the fuss? Glasses can give a "cold impression," or cover up one's makeup, or just aren't liked by the boss, said women interviewed by the news organizations.

All of this was apparently news to many women in Japan, who, upon hearing what their fellow women have had to endure, took to social media to break that glasses ceiling.

The hashtag "glasses are forbidden" has been trending in Japan since Wednesday.

"Isn't it so troublesome when you can see all the middle-aged men in the world?" someone wrote on Twitter under the hashtag after tweeting out a picture of her new glasses.

There don't appear to be any official numbers on how widespread the bans are. "It was not clear whether the so-called 'bans' were based on company policies, or rather reflected what was socially-accepted practice in those workplaces," the BBC reported.

But judging from the reaction, the news has touched a nerve among Japanese women tired of having their bodies scrutinized and regulated in ways that they say their male counterparts are not.

Many online commentators drew a connection to another recent uproar over Japanese workplaces requiring women to wear heeled shoes, which can be uncomfortable and difficult to work long hours in. Some high heels, medical experts have warned, can even cause chronic health problems.

"Earlier this year, Japanese women began voicing their discontent with arcane workplace restrictions on their looks through the #KuToo movement, which drew attention to the requirement that many companies still have that women wear high heels to work," Quartz reported. "The term #KuToo is a triple pun, playing on the Japanese words kutsu (shoes), kutsuu (pain), and the #MeToo movement."

As Yumi Ishikawa, who helped to spark #KuToo, told Bloomberg News: "If wearing glasses is a real problem at work it should be banned for everyone - men and women. This problem with glasses is the exact same as high heels. It's only a rule for female workers."

Ishikawa started the hashtag when her feet bled from having to wear high-heeled shoes at work.

Others on social media this week compared the glasses controversy to restrictions on clothing in Japanese schools, known as "black school rules." Many Japanese schools mandate, for example, that students must have black hair and style it in certain ways.

It's not just Japan where bespectacled women face public scrutiny. Last year, a South Korean early-morning news presenter broke ranks when she wore glasses on air - as some male counterparts do. This was a change from her previous look involving contacts and false eyelashes. The simple move was seen as a big affront to Korean female beauty standards and prompted the presenter to explain herself on social media that sometimes her eyes were just too dry or tired for contacts.

"I have to wake up early in the morning for the morning news, but when I have insufficient sleeping time and short preparation time, I sometimes want to wear glasses. . . . Viewers are also focusing on the nature on the news, not the appearance of the anchor," she wrote on Instagram.

In Japan, many women have had it and are hoping to do away with dress codes specifically targeting women in the workplace. Ishikawa submitted a petition in June asking the government to bar companies from imposing dress codes that activists say specifically discriminate against women, like requirements that women wear heels, makeup or glasses.

"Women are evaluated mostly on their appearance," Kumiko Nemoto, a professor of sociology at Kyoto University of Foreign Studies, told the BBC this week. "That's the message that these policies are sending, at least."