The UN informed that people had been injured by falling structures or debris, and there was damage to some health centres, homes, rural roads and highways. 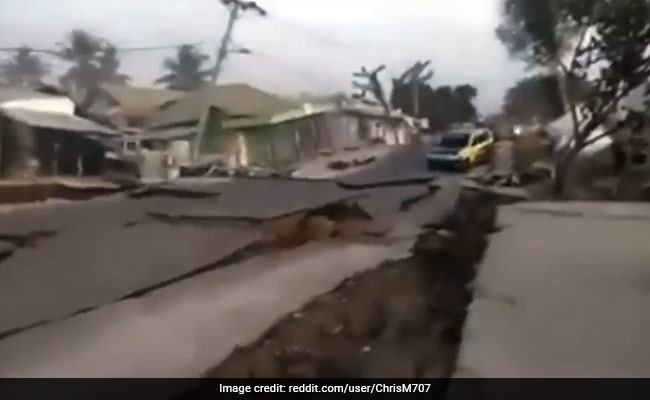 At least five people were killed and several households were damaged after a massive earthquake struck Papua New Guinea (PNG) on Sunday. The 7.6 magnitude quake struck at a depth of 90 kilometres near Kainantu town.

On social media, an old video claiming to be of the Papua New Guinea earthquake is going viral. The video shared on social media showed cracked roads, damaged cars and debris strewn across highways.

The video actually is from a 2018 earthquake, which hit the Indonesian archipelago in 2018.

Meanwhile, according to news agency ANI, the earthquake in Papua New Guinea triggered landslides. Power outages were too reported in parts of PNG, with shaking felt widely in the county from towns near the epicentre to the capital of Port Moresby.

The US Geological Survey issued a tsunami warning but subsequently said that the threat "has now passed".

The Prime Minister of PNG, James Marape, stated that the earthquake was "massive" and told people to be cautious. He added that the national and provincial disaster agencies, as well as leaders, had been asked to assess the scale of damage and injuries to people.

Separately, the United Nations informed that people had been injured by falling structures or debris, and there was damage to some health centres, homes, rural roads and highways.

Papua New Guinea is vulnerable to earthquakes because it lies along the "Ring of Fire" in the Pacific Ocean. An earthquake of a similar size that hit the country's remote highlands in 2018 killed more than 60 people, destroyed houses, caused landslides and damaged a major gas plant. As per ANI, there have been around 22 7.5 magnitude earthquakes recorded in New Guinea since 1900.