Obama and Bush, a Democrat and a Republican, will be joined by a collection of former US presidents, senators, and others paying tribute to the statesman who died Aug 25 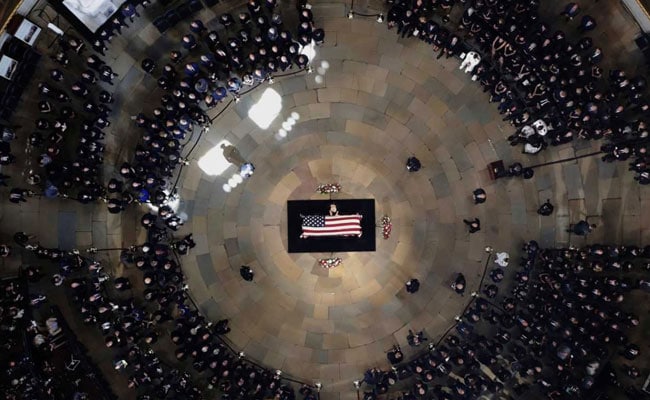 Former US presidents Barack Obama and George W. Bush will lead mourners on Saturday in a service for the late John McCain, the longtime Arizona senator and Vietnam war hero whose bids for the White House were dashed by the two men.

On the way to Washington's National Cathedral, the cortege of one of America's most famous prisoners of war will stop at the Vietnam Veterans Memorial where his wife, Cindy McCain, will lay a wreath to honor those who died in the war.

Obama and Bush, a Democrat and a Republican, will be joined by a collection of former US presidents, senators, Vietnam-era officials and others paying tribute to the statesman who died Aug. 25 of brain cancer, days shy of his 82nd birthday..

Conspicuously absent will be President Donald Trump, who over the past three years engaged in a public feud with McCain, a fellow Republican.

McCain's family had made clear that Trump was not welcome at memorial services in Arizona and Washington or at Sunday's private burial service in Annapolis, Maryland, at the US Naval Academy. McCain was a member of the Academy's Class of 1958. 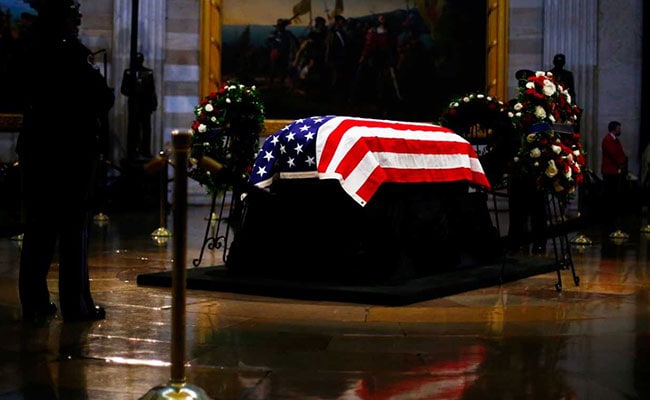 In Congress, where he laid in state on Friday, McCain was a leading voice for revamping the country's immigration, campaign finance and environmental laws. But it was his military service, punctuated by years as a prisoner of war in North Vietnam, that molded McCain's political life.

McCain, who rose to the rank of captain in the US Navy, was shot down over Hanoi while on a bombing mission in 1967.

Held as a prisoner until 1973, McCain was tortured by his North Vietnamese captors in a jail that Americans dubbed the "Hanoi Hilton."

Lying in state in the US Capitol since Friday morning, McCain was commemorated by politicians of all stripes and mourners who filed past his flag-draped coffin into the night.

On Saturday, a motorcade will take McCain's casket past the capital's stately monuments en route to the Vietnam Veterans Memorial, where Cindy McCain will place a wreath at the black, v-shaped granite wall inscribed with the names of more than 58,000 US soldiers killed in combat.

At the time of his death, McCain was chairman of the Senate Armed Services Committee, where he was known as a tough overseer of the country's military.

This summer, with McCain too ill to travel to Washington, Congress hurried to pass the "John S McCain National Defense Authorization Act" that will carry out a huge military buildup by allowing $716 billion to be spent in the coming year alone. 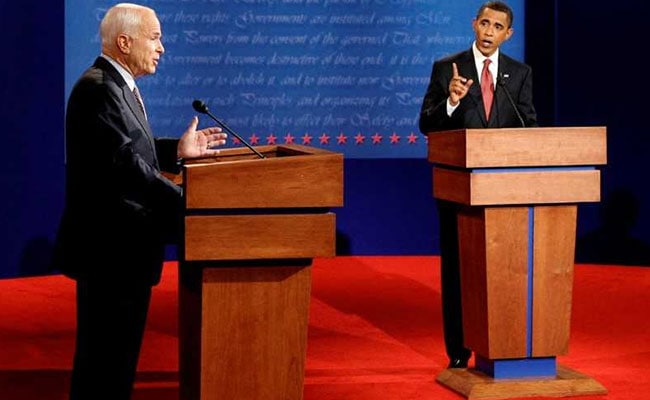 Inside the cathedral, which took 83 years to build and is the sixth largest in the world, the congregants will hear from a central figure of the Vietnam War: 95-year-old Henry Kissinger.

Kissinger was an adviser to then-president Richard Nixon and played a role in planning the controversial US bombing of Cambodia and negotiating an end to US military action in Vietnam.

Pallbearers for Saturday's service reflect the eclectic political company McCain kept, which helped him earn the reputation of a maverick willing to work with the other side of the aisle.