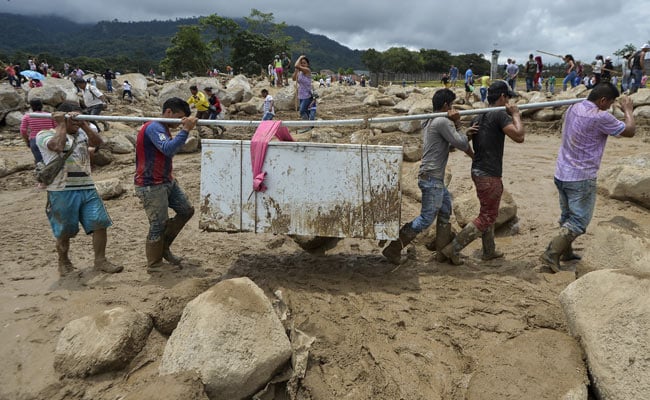 After days of torrential rains, following which Mocoa town got buried due to flooding conditions.

Mocoa: The number of people killed in southern Colombia's massive mudslides climbed to 290 on Wednesday, as officials investigated how the horrific disaster might have been prevented.

In addition to the dead, 332 people were injured in landslides that buried the Colombian town of Mocoa after flooding caused by days of torrential rains.

Hardest-hit by the tragedy are impoverished neighborhoods populated with residents uprooted during Colombia's five-decade-long civil war.

Authorities have opened an investigation to determine what sort of "preventive and corrective action" ought to have been taken to prevent the disaster, prosecutors said.

Meanwhile, looting has become a problem in some areas.

Local officials urged the government to dispatch more police and troops to secure the region and prevent the looting of abandoned homes.

Promoted
Listen to the latest songs, only on JioSaavn.com
"What the mudslides didn't carry away, the thieves did," one survivor of the disaster, Juan Luis Hernandez, 33, told AFP in the devastated San Miguel neighborhood of Mocoa.