Number of adolescents with HIV jumps by one-third: United Nations 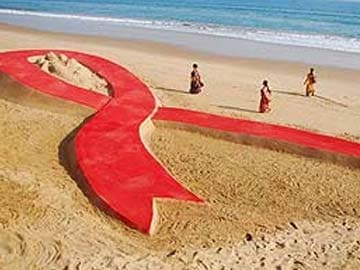 Geneva: The number of adolescents infected by the HIV virus has jumped by one third over the past decade, the United Nation's health agency said on Monday, blaming gaps in care programmes.

"More than 2 million adolescents between the ages of 10 and 19 years are living with HIV," marking a 33 per cent rise since 2001, the World Health Organization said.

"Many do not receive the care and support that they need to stay in good health and prevent transmission. In addition, millions more adolescents are at risk of infection," it warned.

In the world's most AIDS-affected region, sub-Saharan Africa, the majority of adolescents with the virus are girls who have had unprotected sex, sometimes under duress.

In addition, many of those born with the virus or infected at birth in sub-Saharan Africa are becoming adolescents.

In Asia, meanwhile, young drug-users were the worst affected.

The WHO said that the failure to provide proper adolescent-focussed programmes had also resulted in a 50-per cent increase in reported AIDS-related deaths in the age group from 2005 to 2012.

That contrasted starkly with the 30-per cent decline in the general population, the WHO underlined.

The year 2005 marked the high point of global AIDS deaths, which hit 2.3 million. Last year, the toll was 1.6 million.

"Adolescent girls, young men who have sex with men, those who inject drugs or are subject to sexual coercion and abuse are at highest risk," said Craig McClure, head of HIV programmes at UN children's agency UNICEF.

"They face many barriers, including harsh laws, inequalities, stigma and discrimination which prevent them from accessing services that could test, prevent, and treat HIV," McClure added.

"About one-seventh of all new HIV infections occur during adolescence. Unless the barriers are removed, the dream of an AIDS-free generation will never be realised," he insisted.

The data was issued as the WHO released its first adolescent-specific care guidelines ahead of World AIDS Day on December 1.

"Adolescents face difficult and often confusing emotional and social pressures as they grow from children into adults," said Gottfried Hirnschall, head of the WHO's HIV/AIDS Department.

"Adolescents need health services and support, tailored to their needs. They are less likely than adults to be tested for HIV and often need more support than adults to help them maintain care and to stick to treatment," he added.

Among the measures needed, the WHO said, is an end to the requirement for parental permission to have an HIV test.

Promoted
Listen to the latest songs, only on JioSaavn.com
In sub-Saharan Africa, it is estimated that in the 15-24 age bracket, only 10 percent of young men and 15 percent of young women know their HIV status.

In other regions, although data are scarce, access to HIV testing and counselling by vulnerable adolescents is consistently reported as being very low, the WHO said.
Comments
HIVWorld Health Organisation

At Least 14 Killed In Twin Blasts In Central Afghanistan