North Korea Test Fires Missiles In First Overt Challenge To Biden Administration: US

But administration officials, downplayed the missiles as "common" military testing and said they would not block Washington's efforts to engage with North Korea on denuclearization. 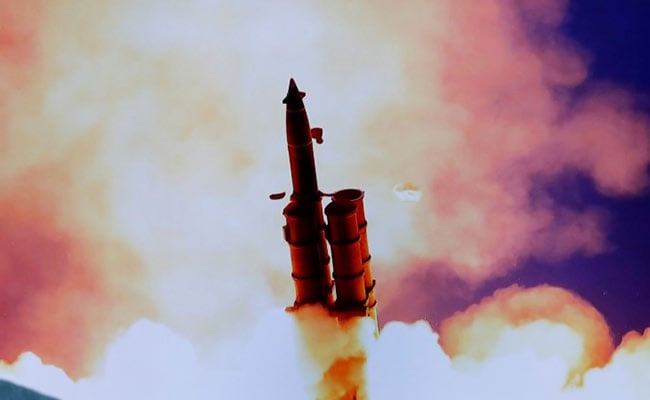 North Korea fired several missiles just days after a visit to the region by the top US defense and diplomatic officials, the White House said Tuesday, in Pyongyang's first overt challenge to the Biden administration.

But administration officials, speaking anonymously, downplayed the missiles as "common" military testing and said they would not block Washington's efforts to engage with North Korea on denuclearization.

Two missiles were fired on Sunday, they confirmed, echoing Pyongyang's past practices for provoking and testing both Washington and Seoul.

But they were short-range, non-ballistic missile systems that do not fall under UN security council resolutions banning more threatening weapons, a senior US administration official told reporters.

It was nothing like the nuclear weapon tests or ballistic missile launches that Pyongyang has used to provoke previous US governments, the official said.

"What we saw this weekend does not fall in that category," the official said.

"It is common practice for North Korea to test various systems," the official said.

"We do not respond to every kind of test."

The launches came just days after US Secretary of State Antony Blinken and Defense Secretary Lloyd Austin visited Japan and South Korea to discuss their alliance and security issues in the region, with nuclear-armed North Korea seen as a central threat.

While Blinken and Austin were in Seoul on March 18, North Korean first vice foreign minister Choe Son Hui accused the United States of a "lunatic theory of 'threat from North Korea' and groundless rhetoric about 'complete denuclearisation.'"

President Joe Biden's two-month-old administration hopes to reignite negotiations with the Kim Jong Un regime on its nuclear arsenal after efforts by the previous administration of Donald Trump stalled.

Initial outreach from Washington to Pyongyang has turned up empty, but US officials are hopeful they can reconnect, while working in coordination with allies Japan and South Korea.

Trump met with Kim twice, in Singapore and Vietnam, with both sides heralding a breakthrough in relations.

But even as the United States pulled back on some joint training activities with South Korea's military and the North froze ballistic missile tests, after the February 2019 Trump-Kim Hanoi summit communications between the two sides dried up.

Biden officials are now finalizing a strategy to restart talks that the White House will discuss with Japanese and South Korean security officials next week, the administration official said.

"We have taken efforts and we will continue to take efforts" to communicate, the official said.

But the official added that Pyongyang cannot expect concessions -- such as cutting back on bilateral military exercises -- from Biden.

"The hope of diplomacy really rests on the reality of deterrence and our forward-deployed capabilities," the official said.

"So we thought that some of the efforts that were taken previously to turn off necessary exercises were actually antithetical to our position."

Analysts said the initial silence of South and North Korea, as well as the United States, on the missile launches was different from past behavior and possibly a good sign.

Martyn Williams of the Stimson Center called the lack of comment "curious."

"North Korea usually announces such tests after the fact through state media but nothing this time," he wrote on Twitter.

"The tests are usually also reported pretty quickly after they happen through Japanese and Korean media, but nothing."

Another North Korea expert, Jeffrey Lewis, said that the tests might have been of short-range coastal defense cruise missiles.

"If that's what this is, it's a pretty mild response to a US-ROK military drill," he said, referring to the Republic of Korea.