The high-stakes meeting in Vietnam was supposed to build on the leaders' historic first summit in Singapore last year, but ended without any agreement. 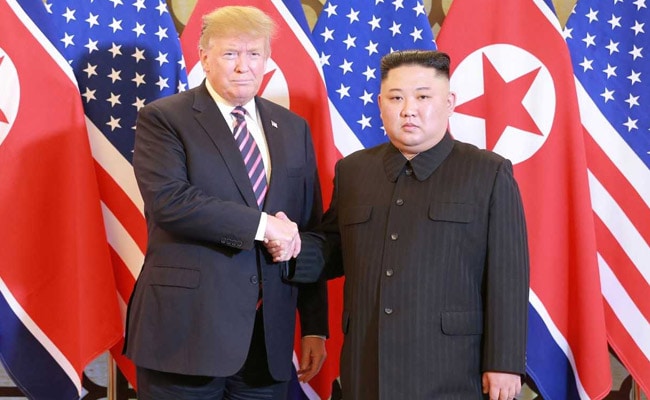 North Korea's state media Friday acknowledged for the first time the collapse of the summit between leader Kim Jong Un and US President Donald Trump last week without a deal.

The high-stakes meeting in Vietnam was supposed to build on the leaders' historic first summit in Singapore last year, but ended without any agreement on walking back North Korea's nuclear programme in exchange for sanctions relief.

Pyongyang's official KCNA news agency, however, had made no mention of the breakdown of the high-stakes summit until Friday.

"The public at home and abroad... are feeling regretful, blaming the US for the summit that ended without an agreement," an editorial published by KCNA wrote.

In the aftermath of the summit's abrupt ending, each side sought to blame the other's intransigence for the deadlock.

But immediately after the summit North Korean media said only that Pyongyang and Washington have agreed to continue "productive" discussions on denuclearisation.

Earlier this week, North Korean television aired a 75-minute documentary on Kim's diplomacy with Trump without mentioning that the second meeting ended without a deal.

Following the stalemate in Hanoi, researchers said this week that Pyongyang was rebuilding the Sohae long-range rocket site after Kim had agreed last year to shut it as part of confidence-building measures.

Trump said he would be "very, very disappointed" if the reports proved true.