No Rush To Leave EU, Says Boris Johnson On Brexit 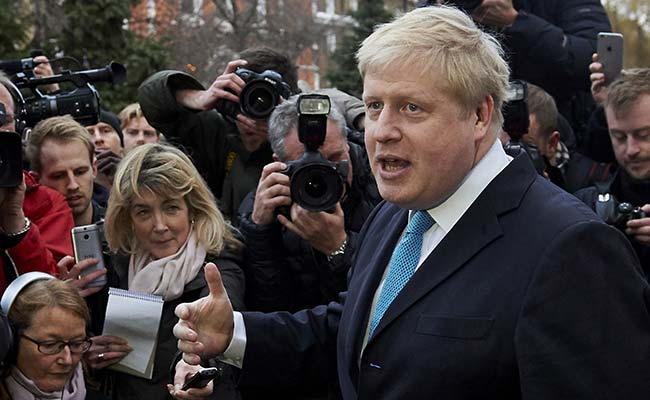 Boris Johnson rejected the idea that the vote is about pulling up the drawbridge, saying, "We cannot turn our backs on Europe, we are part of Europe." (AFP Photo)

London: Boris Johnson, the flamboyant former London mayor who successfully spearheaded the 'Leave campaign', today said there is "no need for haste" to pull out of the EU and asserted that nothing will change in the short term.

Mr Johnson, in his first statement after Britons voted to leave the European Union, also paid tribute to Prime Minister David Cameron, saying that he is "sad" at the news of the Premier's resignation but respects the decision.

"He has been one of the most extraordinary politicians of our age, a brave and principled man", said Mr Johnson, who seems to be the most likely successor of Mr Cameron.

He praised the Prime Minister's "own brand of compassionate conservatism" and hailed his "bravery" at allowing the UK to vote on its membership of the EU.

Mr Johnson, flanked by fellow Vote Leave campaigners Gisela Stuart and Michael Gove, said he disagrees with those who say it was wrong to hold a referendum and ask the British people to decide.

"In the end this question is about the people... it is about the very principles of our democracy. I think the electorate have searched in their hearts and answered as honestly as they can," Mr Johnson said.

"They have decided that it is time to vote to take back control from an EU that has become too remote, too opaque and not accountable enough to the people it is meant to serve," the 52-year-old Conservative leader said.

He said there is "no need for haste" and reiterated that nothing will change in the short term, except work to begin to leave the union.

He rejected the idea that the vote is about pulling up the drawbridge, saying, "We cannot turn our backs on Europe, we are part of Europe."

Mr Johnson asserted that the EU was a "noble idea for its time, it is no longer right for this country".

"I believe we now have a glorious opportunity" Mr Johnson said, adding that, "We can set taxes and control our borders however we see fit."