Suu Kyi Controversy Over 'Interviewed By A Muslim' Remark 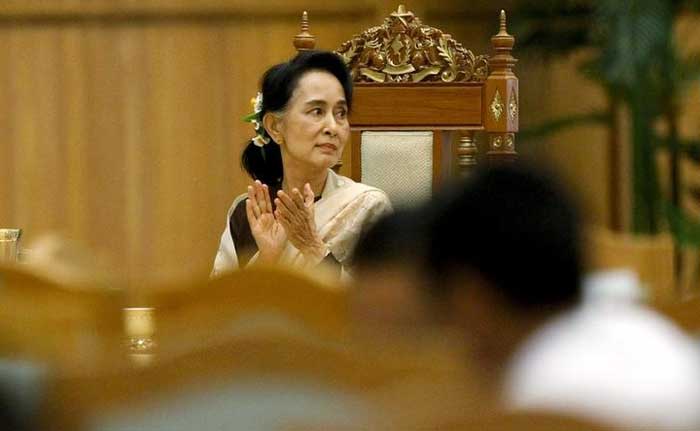 Aung San Suu Kyi refused in the BBC interview to condemn the killings of Rohingya Muslims during the interview.

A BBC interview appears to have commissioned a major scandal for Burma's Aung San Suu Kyi. After the interview, which reportedly included tough questions from presenter Mishal Husain, Suu Kyi, Nobel Peace Prize winner, snapped, "No one told me I was going to be interviewed by a Muslim" according to the Daily Mail.

The radio interview dates back to 2013, but Suu Kyi's comment has been revealed in a new book about the 70-year-old politician.

Suu Kyi, who was kept under house arrest for 15 years by her country's military, refused in the BBC interview to condemn the killings of Rohingya Muslims during the interview, according to different news reports.

Suu Kyi led her National League for Democracy (NLD) to a landslide election win in November, but a constitution drafted by the former junta bars her from the top office. She has vowed to run the country through a proxy president, Htin Kyaw. He runs a charity founded by Suu Kyi and has been a trusted member of her inner circle since the mid-1990s. He is not a lawmaker.
Comments
Aung San Suu KyiMuslimsBBC interviewNobel Peace Prize WinnerMyanmarNational League for Democracy