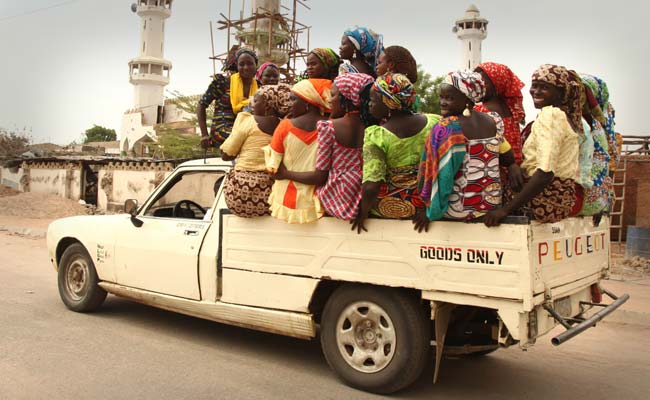 Efforts are still going to free the 195 girls believed to be being held by the terror group. (File Photo)

Lagos: Nigerians rallied Friday to mark the third anniversary of the mass abduction of 276 schoolgirls by Boko Haram, as their parents cling to the hope that they can be safely returned.

Parents of the missing girls, who congregated at the school in the northeastern village of Chibok, described their kidnap as an unending 'nightmare' but said the negotiated release of 21 last year had given them strength.

Spearheading the rallies, broadcast on national television, was the Bring Back Our Girls movement, which urged the government of President Muhammadu Buhari to ramp up efforts to free the 195 girls still believed to be being held by the terror group.

Rebecca Samuel, mother of Sarah, said the past three years had been unbearable and urged the government to do more to help.

"The incident that happened three years ago is still a nightmare to me. It is still fresh as if it happened last night ... the absence of my daughter made me cry everyday."

But she added, "I have a strong belief that I will see my daughter sooner than later. The government is trying but I believe they can do more than what they are doing."

More than 1,000 people, including diplomats, attended a rally in the capital Abuja while prayers were being held in the country's commercial centre Lagos.

Twenty-one girls were released in October 2016 after negotiations between Boko Haram and the Nigerian government brokered by the ICRC and the Swiss government.

Fifty-seven escaped after the kidnap while three others were found or rescued by the military. Some have had babies in captivity.

"When we marked their two years (since the abduction), we hadn't gotten any one of them but today, we have 24 of them," said Esther Yakubu, whose daughter Dorcas was among those taken.

"And by the grace of the Almighty, the rest will be back and you will all rejoice with us," Yakubu added.

The Chibok schoolgirls have become a symbol of the Boko Haram terrorist activity that began in 2009 and has left at least 20,000 people dead.

Despite a military fight-back, villages near Chibok have seen a wave of suspected Boko Haram attacks in recent months.

A presidential spokesman said Wednesday negotiations were ongoing with "foreign entities" for the release of those still held by the terrorist group active in Nigeria's northeast and which has pledged allegiance to ISIS.

Having started as an extremist sect Boko Haram has mushroomed in recent years into an ultra-violent terror movement which uses mass kidnapping as a recruitment tool.

In December, Buhari triumphantly announced the "final crushing" of the group, which he described as being "on the run" after an army offensive flushed them out of their stronghold in the huge Sambisa forest.

Boko Haram leader Abubakar Shekau denied the claim and said that some of the abducted girls were killed in Nigerian airstrikes against his group.

Support from abroad came in the shape of a British government statement Friday.

"We are working side by side with Nigeria in the fight against Boko Haram and call for the release of all those who have been taken," a foreign ministry statement read.

Although the terrorists have been pushed back the situation remains extremely difficult in the northeast region bordering Chad, Cameroon and Niger amid almost daily attacks and kidnappings.

Earlier this week, UN children's agency UNICEF accused Boko Haram of using an "alarming" number of children, mainly girls as suicide bombers, saying 27 children had been used for such attacks this year to date, compared with nine for the same period last year.

The terrorists have increasingly been using children to attack crowded markets, mosques and camps for internally displaced people in the northeast and the broader Lake Chad region.