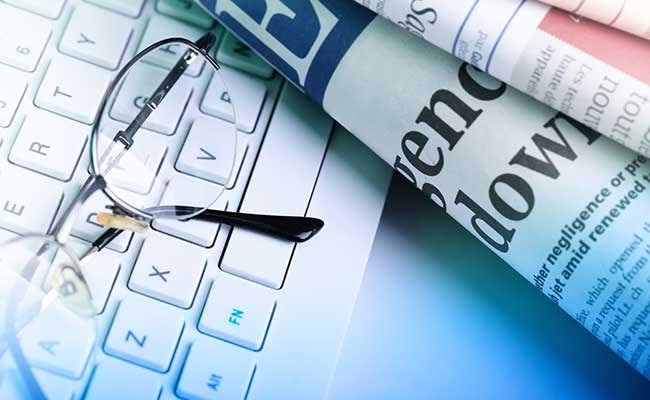 The survey put the annual median salary of a print reporter at $37,200. (Representational image)

Washington: For the third year in a row, the job of a newspaper reporter has been ranked as the worst profession, according to a survey which listed data scientist as the best job after a review of 200 careers.

CareerCast, a jobs website, ranked each job in its 28th annual Jobs Rated report taking into account the environment, income, outlook and stress associated with each job. The survey put the annual median salary of a print reporter at $37,200.

"A gradual decline in print publications at the turn of the century became a steep downturn for the past decade. Publications folding mean far fewer job prospects, and declining ad revenue means unfavorable pay for those in the Fourth Estate," the survey said.

It said the one factor directly contributing to the shrinking of media outlets is the decline of advertising revenue.

The job of a broadcaster came third on the worst 10 list which figures other jobs such as pest control worker, firefighter or military service personnel, enlisted because of the danger, stress and low pay involved.

"Other factors that contribute to a job's ranking near bottom include danger and stress. That's the case for enlisted military personnel and firefighters, two roles that serve as pillars of our society,"

"Both are noble careers, but those embarking on these positions should understand the dangers, as well as the surprisingly low pay for each," it said.

Logger, Disc jockey, Retail salesperson Advertising salesperson and Taxi driver are other jobs that figured in the worst 10 list.

Declining employment opportunities contribute to the inclusion of many of the 10 worst careers in the 2016 Jobs Rated report. Traditional news media is particularly hard hit, the survey said.

"The news business has changed drastically over the years, and not in a good way. When people ask me if I miss it, I tell them 'I feel as if I jumped off of a sinking ship'," said former Broadcaster Ann Baldwin, president of Baldwin Media PR in New Britain, Connecticut.

The best jobs of 2016 are dominated by professions in mathematics, such as data scientists or statisticians.

The survey cited a strong growth outlook and an annual median salary of $128,240 for data scientists.