New York is among the most vaccinated states in the U.S., with 70.5% of people fully vaccinated compared to the U.S. average of 60.9%, according to the Bloomberg Vaccine Tracker. 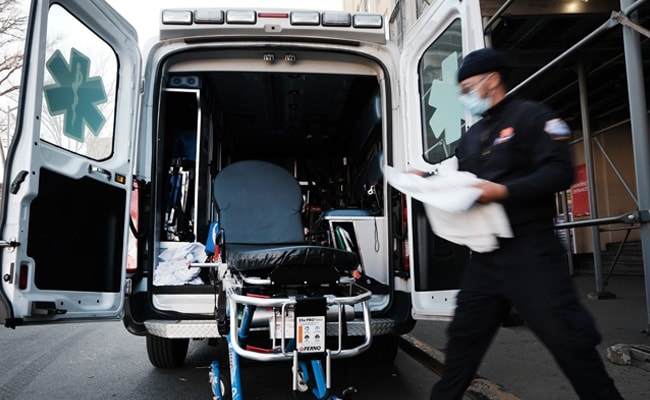 New York is among the most vaccinated states in the US.

New York's Covid-19 hospitalizations have jumped by 70% since the U.S. Thanksgiving holiday, prompting officials and businesses alike to reassess their policies in an attempt to blunt a winter virus surge and the onset of the new omicron variant.

Governor Kathy Hochul on Tuesday said that rise in hospitalizations across the state -- along with a 58% jump in cases per 100,000 people during the same period -- was the impetus for a new statewide indoor mask mandate for businesses without a vaccine requirement. While cases and hospitalizations had been going up mostly in upstate New York earlier in the month, the increasing trend levels are now present across the state.

Hochul said the omicron variant didn't factor directly into her mask mandate decision but that it's an area of concern. The state has identified 38 omicron cases, and the U.S. Centers for Disease Control and Prevention said the variant now makes up 3% of all sequenced cases in the U.S., up from 0.1% in early December.

"If I sound a little frustrated, perhaps I am," Hochul said at a virus briefing on Tuesday in New York City. "Despite our desires to have this behind us, we aren't quite there yet."

A vaccine requirement for all private-sector employers in New York City also goes into effect on Dec. 27.

The city's shift in focus to private businesses comes after successful vaccine campaigns targeted toward public-sector employees, which led to the public workforce being mostly vaccinated and to multiple legal challenges won by the city and state. On Monday, the U.S. Supreme court left in force a health-care worker vaccine mandate. Governor Kathy Hochul on Tuesday said that rise in hospitalizations across the state was the impetus for a new statewide indoor mask mandate for businesses without a vaccine requirement.

On Tuesday, JPMorgan Chase & Co. sent a memo to employees instructing the unvaccinated to stay home as part of a new vaccine mandate to enter the company's New York headquarters and eight other office buildings. Unlike Goldman Sachs Group Inc. and Morgan Stanley, which only allows vaccinated employees to work from their buildings, JPMorgan previously let non-vaccinated employees come in if they were tested twice a week.

"We are taking this step because we have very high rates of vaccination amongst our employees," the bank said in an internal memo seen by Bloomberg News. "With rates well above 90%, it seems unfair to require our vaccinated employees to wear masks all day at their desks, and would be a step that would slow the progress we've already made towards business normalcy."

Hochul said she would reassess the mandate on Jan. 15 and urged businesses to comply.

"I know this isn't easy on businesses," she said. "My objective with this mask or vax mandate has been to keep you open, to keep your doors open, so you can continue to resume what you do every day. You're a critical part of our economy."

New York is among the most vaccinated states in the U.S., with 70.5% of people fully vaccinated compared to the U.S. average of 60.9%, according to the Bloomberg Vaccine Tracker.

Hochul said the hospitalizations, however, are concentrated among people who haven't yet received both shots.

"This is a crisis of the unvaccinated," Hochul said.