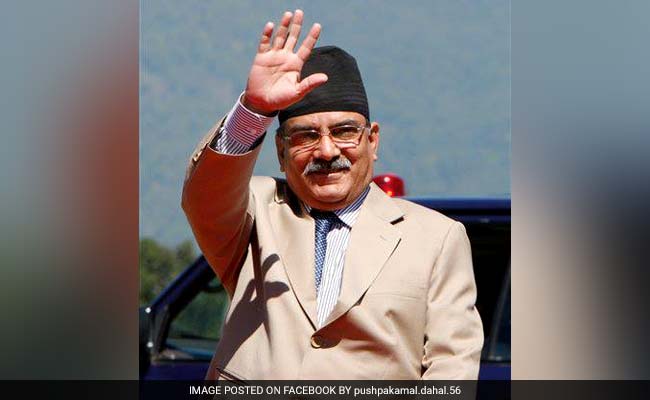 Pusphpa Kamal Dahal led a decade-long insurgency in which 16,000 people lost their lives.

Kathmandu: The leader of Nepal's former Maoist rebel movement looked set today for a comeback as Prime Minister after the main opposition party gave him its backing to head a new coalition.

A day after K P Sharma Oli quit as premier ahead of his likely defeat in a no-confidence motion, the Nepali Congress and the Maoists confirmed they were in talks on forming an administration led by Pushpa Kamal Dahal.

Better known by his nom de guerre Prachanda (Nepali for "the fierce one"), Dahal led a decade-long insurgency in which around 16,000 people lost their lives.

In 2006 he emerged from hiding to sign a peace deal with mainstream parties that paved the way for the abolition of the world's last Hindu monarchy and his own rise to power via the ballot box.

Dahal became Nepal's first elected premier in August 2008 but his government collapsed nine months later in a row over the integration of former Maoist fighters into the army, a key tenet of the peace process.

His decision to withdraw support for Oli has now opened up the path for his own return to the premiership, with the Nepali Congress pledging support.

"We are in consultations for the formation of a new government Dahal will be the next prime minister, with us playing an important role," senior Nepali Congress leader Minendra Rijal told AFP.

There was no immediate reaction from Dahal but a Maoist spokeswoman, Pampha Bhusal, said that efforts would be made to bring others on board.

"The no-confidence motion began with an understanding between our party and the Nepali Congress, but we hope to work with other parties as well as we form the government," Bhusal said.

"We are ready for the president to take the formal process forward."

The Nepali Congress is the largest party in the 595-seat parliament, with 196 MPs. A tie-up with the Maoists, who have 80 seats, would leave them just short of a majority.

If he does seal his comeback, one of Dahal's first key tasks will be to finally implement a new constitution and resolve protests in Nepal's southern plains.

More than 50 people have died in clashes between police and protesters, who say the constitution has left them marginalised.

The new charter, the first drawn up by elected representatives, was meant to bolster Nepal's transformation to a democratic republic after decades of political instability.

But ongoing discussions between the government and protesters over the charter particularly over the rights of different ethnic groups have failed to yield agreement.