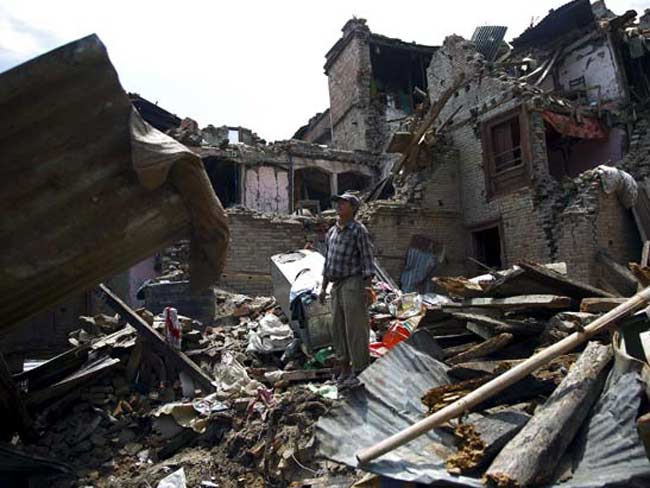 Bhaktapur: Nepal today reopened six heritage sites, including the famed Pashupatinath temple, for the public in a bid to woo tourists back, nearly two months after deadly earthquakes severely damaged some of the country's historic cultural sites and killed nearly 9,000 people.

However, Licchavi-era Hindu shrine Changu Narayan temple which was badly damaged by the earthquake has not been reopened yet for the public, said Chief of National Achieves Shesh Naraan Dahal.

Tourism Vakrasur Sherpa amidst a grand ceremony which saw performances by dancers and musicians at ancient city of Bhaktapur, 15 kilometres from Kathmandu.

Mr Sherpa said Nepal's heritage sites are safe for the public to visit and appealed to international tourists to visit cultural and natural heritage sites that are not damaged by the two earthquakes of April 25 and May 12 and a number of aftershocks.

"Now Nepal is safe for visitors. So help Nepal by sending your nationals if you want to help Nepal in real sense," the minister said.

The cash-strapped Nepal government opted to push ahead with their reopening despite cautionary statements issued by UNESCO last week that visitors to the ruins should "reconsider the necessity of visiting those sites" because they were still in a "precarious" state.

Nepal is still recovering from two major quakes and several aftershocks that have killed nearly 9,000 people and left a trail of destruction at famous cultural sites.

Out of the total 741 shrines across Nepal, 133 were completely destroyed by the earthquake, Mr Shrestha said.

He said that in the first year around Rs 1.8 billion budget is required for restoration and renovation of the shrines in the first phase.