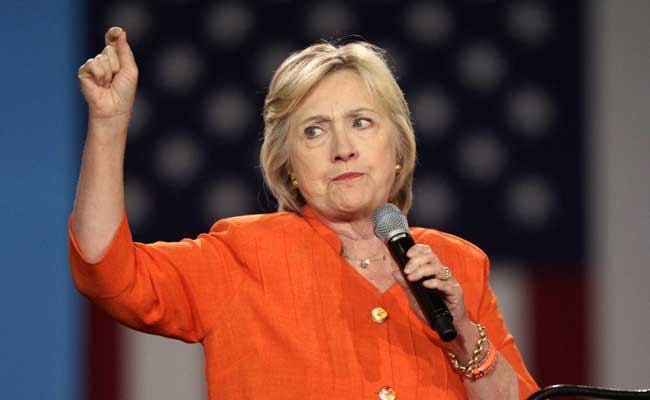 New York: Nearly half of American adults are "very concerned" about two issues that have hounded Hillary Clinton's presidential campaign this year: her use of a private email server to conduct government business and donations to her family's charitable foundation, according to a Reuters/Ipsos opinion poll released on Wednesday.

Both issues stem from Clinton's tenure between 2009 and 2013 as secretary of state, during President Barack Obama's first term. During that time, she used an unauthorized private email server to conduct government business - something that the Federal Bureau of Investigation earlier this summer criticized as "extremely careless."

The Clinton Foundation's acceptance of donations from foreign governments and corporations while Clinton herself was secretary of state has drawn criticism about possible conflicts of interest. In August, Republican presidential nominee Donald Trump called on the Justice Department to appoint a special prosecutor to investigate whether Clinton granted any special favors in exchange for those donations.

The Sept. 2-11 online poll found that 46 percent of American adults said they were "very concerned" about Clinton's use of a personal email account, while 47 percent said the same about donations from foreign governments or corporations to the Clinton Foundation.

The public appears to have mostly responded to these issues along party lines, with nearly twice as many Republicans expressing concern as Democrats. However, a considerable portion of Democrats appear to be just as rattled by the reports.

The issues, which have drawn wide attention by the media and by her opponents, may have eroded Clinton's popularity, but it is not clear whether they have made a lasting impact on her level of support in the presidential race against Trump, where she holds a small lead.

Since the beginning of August, a growing portion of Americans have expressed a negative view of Clinton. Yet, when asked to pick between her and Trump for president, Americans have given a small, but consistent advantage to Clinton.

According to the poll, among the respondents who said they were concerned about the emails, 52 percent said the main reason was because the emails might contain classified information that was vulnerable to hackers. Another 40 percent were mostly concerned that Clinton had violated State Department policies.

The poll has a credibility interval, a measure of accuracy, of 2 percentage points for the entire sample, and 4 points for the Democrats and Republicans.
© Thomson Reuters 2016