Hanif Abbasi was charged of misusing 500 kg of the controlled chemical ephedrine which he obtained for his company, Gray Pharmaceutical, in 2010. 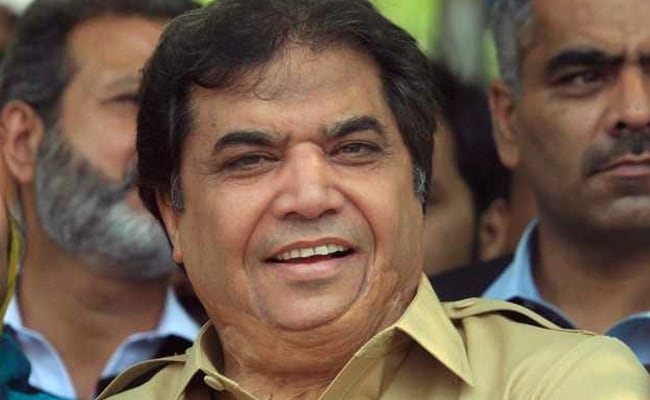 A leading PML-N candidate for the July 25 general elections was arrested and sent to Adiala jail after he was convicted by a court and handed down life imprisonment in a six-year old case, in another setback to jailed former prime minister Nawaz Sharif.

Hanif Abbasi, a senior Pakistan Muslim League-Nawaz (PML-N) leader, was convicted by the Control of Narcotics Substances Court of Rawalpindi and sentenced to life in the case related to misuse of controlled chemical ephedrine.

Abbasi, a close aide of Mr Sharif, was arrested from the court on Saturday and taken to Adiala Jail, where the PML-N supremo is already jailed.

He was contesting the elections against Awami Muslim League chief Sheikh Rashid from Rawalpindi. His conviction will give Mr Rashid a walkover since there is no covering candidate of the PML-N in the constituency. Mr Rashid had regularly predicted in his speeches that Abbasi would be disqualified.

"Abbasi was involved in the drug trade and he should face the results," Mr Rashid said, commenting on the verdict.

The court acquitted seven other accused in the case while giving them the benefit of doubt.

The ephedrine case surfaced in March 2011 when the then federal minister Makhdoom Shahabuddin told the National Assembly that the government would investigate the allocation of 9,000 kg of ephedrine to pharmaceutical companies.

The Anti-Narcotics Force (ANF) registered a case against nine suspects, including Abbasi, in June 2012.

Abbasi was charged of misusing 500 kg of the controlled chemical ephedrine which he obtained for his company, Gray Pharmaceutical, in 2010.

He allegedly sold it to smugglers instead of using it as medicine.

The conviction might further vitiate the atmosphere of elections which is already highly charged due to imprisonment of Mr Sharif and his daughter in a corruption case.